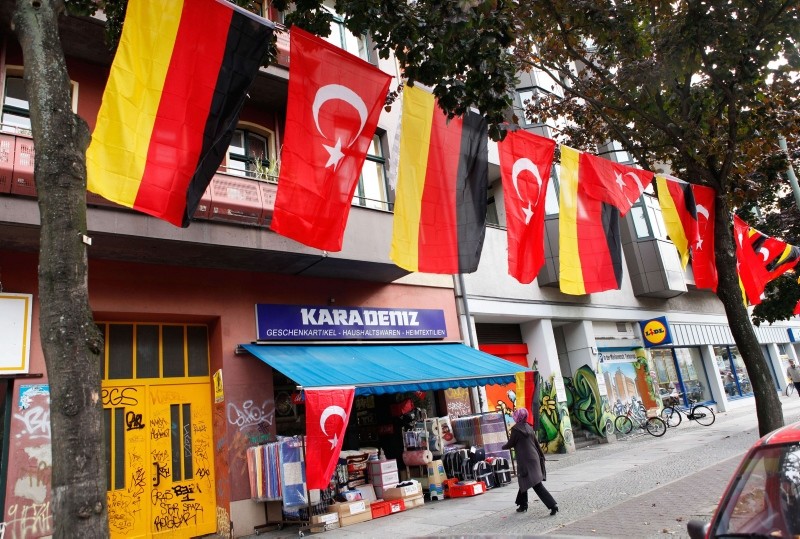 Thousands of people in Germany with migrant backgrounds are sharing stories of everyday discrimination under the hashtag #MeTwo, inspired by football star Mesut Özil's resignation from Germany's national team over racism.

"When I'm the only-non white person in a crowded train and the police gets in, I'm the only one who is asked to show ID," tweeted Der Spiegel reporter Hasnain Kazim, as the discussion trended on German Twitter Friday.

The campaign was launched earlier this week by Turkish-origin author and rights activist Ali Can, who dubbed it #MeTwo — a play on the #MeToo movement that highlights women's experiences of sexual harassment, and a comment by Özil about having "two hearts."

Özil dropped a bombshell on Sunday when he announced in a stinging letter that he would no longer play for Germany after he faced racist abuse for posing for a picture alongside President Recep Tayyip Erdoğan.

"I have two hearts, one German and one Turkish," wrote Özil, who accused the German Football Federation (DFB) of failing to stand up for him after critics questioned his patriotism and singled him out for blame after Germany's World Cup flop.

The controversy has prompted heated debate in German media about racism and integration.

"We need a #MeToo debate for people with a migrant background," Can, who has lived in Germany since he was a toddler, said in a video posted online on Tuesday.

"I am more than just one identity. I feel at home in Germany... at the same I can feel connected to another country," he said. "The two sides blend together, one doesn't exclude the other."

The #MeTwo hashtag quickly went viral as thousands posted about their run-ins with prejudice and racism in Germany.

"You're well integrated for a Turk" and "Don't you wear a headscarf?" were cited as "classic examples" of remarks endured by Twitter user Hatdische Indsche.

Many also complained about discrimination from landlords in the search for a flat or house, because of their skin colour or foreign-sounding names.

"When you can't get an answer, but your German girlfriend gets instant replies to the same offer. After we got married and she changed her name, she stopped getting answers too," wrote Twitter user Oguz Yilmaz.

Malcolm Oscar Uzoma Odeh-Ohanwe, who tweets as MalcolmMusic, recounted being called "a monkey" at high school years ago when he was a dread-locked teenager.

Foreign Minister Heiko Maas praised the campaign, saying it was "impressive and painful" to see how many stories were flooding in.

"If you think racism in Germany is no longer a problem, I recommend reading through all the #MeTwo tweets," he tweeted.

"Let us raise our voice with them: against racism, anytime, anywhere."