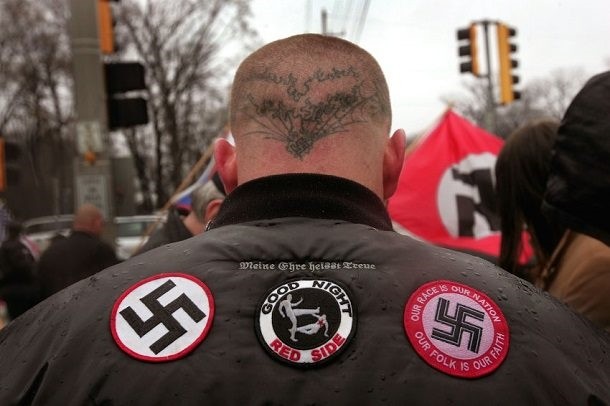 German authorities are increasingly concerned over growing right-wing terrorism in the country.
by Compiled from Wire Services Aug 01, 2018 12:00 am

More than 25,000 people have been targeted by far-right extremist groups in Germany, with their contact details being saved on a ‘list of enemies'

German far-right groups have drawn up several "enemy lists" containing names and addresses of more than 25,000 people, a parliamentary inquiry revealed on Monday. The Interior Ministry said the lists were found in various police investigations and operations against far-right groups in the last seven years.

The neo-Nazi group National Socialist Underground (NSU) gathered addresses and telephone numbers of targeted people, until it was detected in 2011, the ministry said in its written reply to the parliamentary question. A far-right terror network founded by 28-year-old German lieutenant Franco A. also prepared several lists on potential targets, which included 32 names.

The opposition Left Party heavily criticized authorities for keeping these lists secret and not informing the individuals whose names appeared in these lists. Left Party lawmaker Martina Renner also accused the government of ignoring the growing threat by far-right terrorist organizations. "There is no other way to explain why the Federal Criminal Police Office did not give any information to those whose names appeared on these lists, but remained silent," she said.

German authorities are increasingly concerned over growing right-wing terrorism in the country. Since 2016, Germany has conducted an increasing number of nationwide raids targeting right-wing groups, including houses, apartments and other properties believed to be owned by members of such groups, targeting the so-called Reich citizens movement, Reichsbürgers. Reichsbürger members do not recognize the modern German state as legitimate, citing technicalities about the fall of the Nazi Third Reich in May 1945, stipulating that while the Wehrmacht top brass did surrender to the Allies, the political leaders of the government, such as ministers and Adolf Hitler himself, never surrendered.

Germany's extremist "Reich Citizen" and "Selbstverwalter" sovereign citizen movements are rapidly growing and its members are prepared to commit "the most serious acts of violence," according to a report from the Bild newspaper.

"Reich Citizens" and "Selbstverwalter" refer to a loose grouping of people in Germany who do not recognize the authority of the current system of government. There is no unified structure and several groups use the names despite very different belief systems.

There are currently 16,500 people active in the scene – up from 12,800 in 2016, Bild reported, citing a report that was presented yesterday in Berlin by Interior Minister Horst Seehofer and Domestic Intelligence Chief Hans-Georg Maassen.

Three quarters of the movement are men above the age or 40 and some 900 members of the scene are right-wing extremists, up from 800 in 2016, according to the article in Bild's Tuesday edition.

According to the intelligence report, the movement has been marked by militancy and has a "high affinity for weapons," and both "Reich Citizens" and "Selbstverwalter" are "prepared to use their weapons for the most serious acts of violence." The domestic security agency (Verfassungsschutz) therefore categorizes members of such groups as "anti-government and extremist," according to the newspaper.