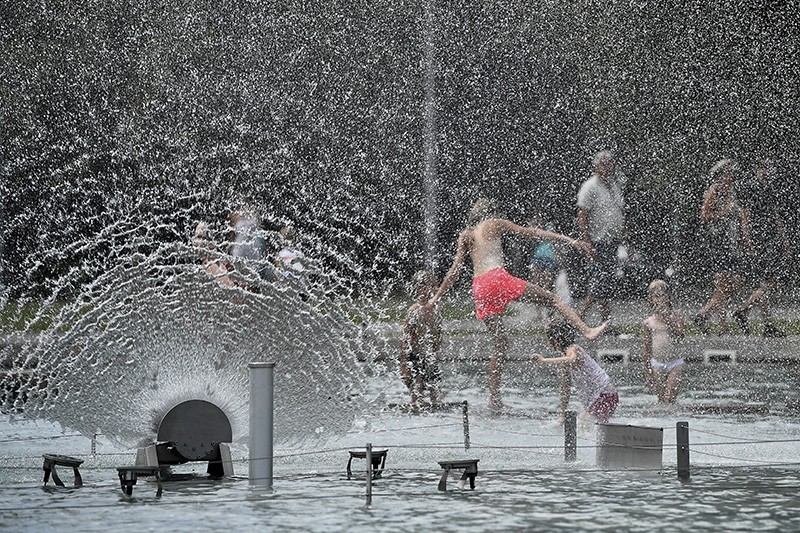 Hot air from Africa is bringing a new heatwave to Europe, prompting health warnings about Sahara Desert dust and exceptionally high temperatures that are forecast to peak at 47 degrees Celsius (116.6 Fahrenheit) in some southern areas.

The torrid weather meant public services were put on alert in the Iberian peninsula, where temperatures were forecast to reach 44 degrees (111 Fahrenheit) Thursday in the Portuguese city of Evora, 130 kilometers (81 miles) east of Lisbon and the Spanish province of Badajoz across the border.

A hot air mass was moving northward from Africa, authorities said, warning that the mercury could peak at 47 degrees Celsius this weekend in some areas of southern Portugal.

Portuguese authorities issued a nationwide health warning, including for dust from the Sahara Desert. Warnings were also issued for 40 of Spain's 50 provinces. The southeastern Portuguese town of Beja is expected to see a peak of 47 degrees C on Saturday.

Far to the northeast, scientists say Sweden's highest peak, a glacier on the southern tip of the Kebnekaise Mountain at 2,111 meters (6,925 feet 10 inches), is melting due and is no longer the nation's tallest point. 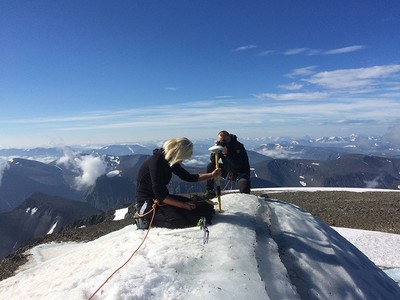 Gunhild Rosqvist, a Stockholm University professor in geography, said the glacier lost 4 meters (13 feet, 2 ½ inches) of snow in July alone as Sweden endured record temperatures that triggered dozens of wildfires, even in the Arctic Circle.

Kebnekaise, a popular tourist destination located in Sweden's far north, has two main peaks -- a southern one covered by a glacier and a northern one free of ice.

Rosqvist said the southern peak has lost 4 meters (13 feet) of snow between July 2 and July 31.

"This is happening very fast. The result of this hot summer will be a record loss in snow and ice in the mountains," Rosqvist said.

The southern glacier, whose height has been measured since 1880, has been melting by 1 meter every year in the past two decades, Stockholm University said.

The country's power plants went into emergency mode to increase output due to wide use of air conditioning and electric fans. Authorities in Warsaw placed cooling water installations in the streets and advised people to stay indoors. Dozens of Baltic Sea beaches have "no swimming" warnings due to health risks from algae blooms.

As farmers across the continent battle the effects of drought, the European Union has offered to speed up funds to help them cope.

At least eight of the EU's 28 member countries have also appealed for flexibility in the application of Europe's crop diversification and environment rules due to adverse weather.