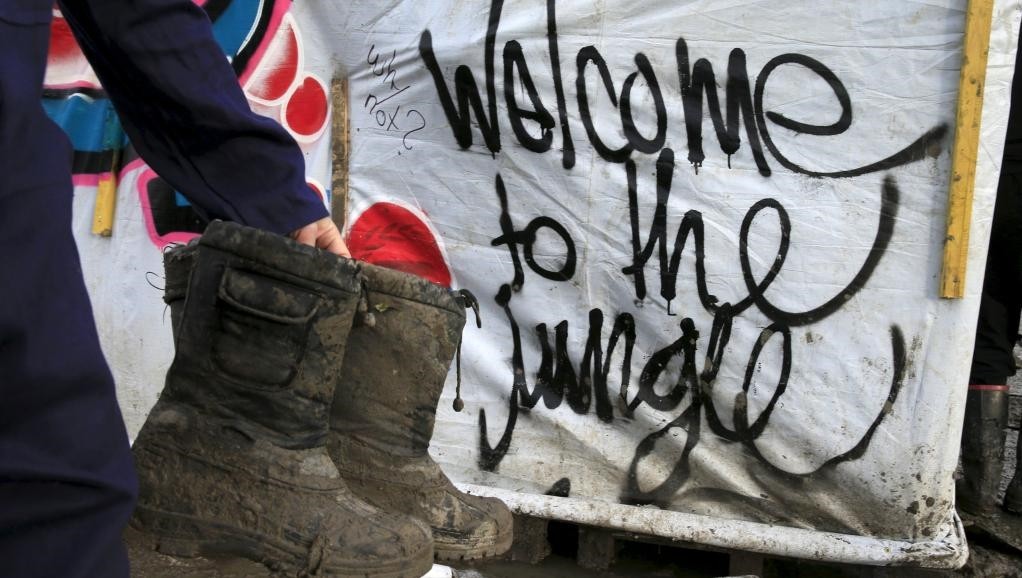 A migrant holds mud-covered boots in a muddy field at a camp of makeshift shelters near Dunkirk.
by Compiled from Wire Services Aug 03, 2018 12:00 am

Late Wednesday the French Parliament signed into law a controversial asylum and immigration bill as the law has exposed divisions within Macron's government. The text was adopted on a final reading by 100 votes in favor to 25 against with 11 abstentions.

The bill is designed to accelerate asylum procedures by cutting the maximum processing time to 90 days after entering France from 120 currently. As well as slimming down the time taken to overcome administrative hurdles the text cuts to six months, from 11, the time limit to make an asylum claim while facilitating both the expulsion of those rejected and the acceptance of those whose bid succeeds.

"We are giving ourselves the means of preserving a right to asylum which, had nothing been done, could rapidly have been called into question as one fears may happen in a number of European countries," Interior Minister Gerard Collomb told Parliament, as reported by Agence France-Presse (AFP).

But the extent of the doubts harbored by some lawmakers had already been laid bare by one member of Macron's party, former Socialist Party MP Jean-Michel Clement, who left the party after voting against the text on an earlier reading for the first time in the assembly since the president's election 15 months ago.

In February, Macron's government proposed toughening France's immigration and asylum laws despite strident criticism from human rights groups. The government insists the law, as Europe struggles to find common ground on how to deal with the ongoing migration crisis, will allow "controlled immigration, an effective right to asylum and successful integration" of those accepted. Some lawmakers on the left lamented what they saw as a move to limit the scope of asylum cases and decried the law's doubling of maximum detention from 45 days to 90, concerned at the possibility of "children behind bars" for up to three months. By contrast, some on the right slammed the text as "lax" and a "little law" which they feared would ultimately see more migrants obtain legal status in France.

In France, much of the migrant influx ended up in the northern port of Calais, where a giant slum was cleared by the authorities in late 2016. Most of the rest have gathered in Paris and the southeast near the Franco-Italian border.

The number of people filing asylum requests in France hit a record in 2017, topping 100,000. That is still well below the 186,000 arrivals of asylum seekers registered that year in Germany. At the height of Europe's migrant crisis in 2015, Germany registered 890,000 arrivals.

With the migration crisis leading to deep splits across Europe, despite arrivals falling sharply since the summer of 2015, France and Italy in June urged the European Union to set up asylum processing centers in Africa to prevent "voyages of death" across the Mediterranean.

The EU's current asylum rules put the migrant burden on their port of entry to Europe, with Italy and Greece most seriously affected, although arrivals have also been on the increase in Spain in recent months.