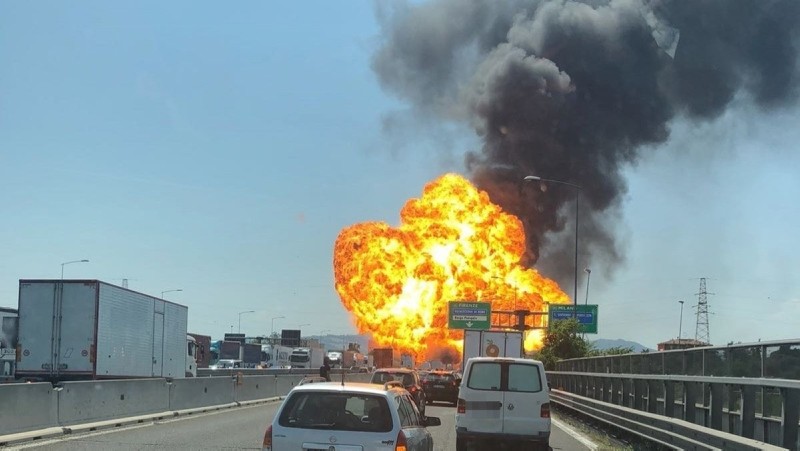 A tanker truck exploded on a motorway just outside the northern Italian city of Bologna on Monday, engulfing the area with flames and black smoke, the fire service said, with local media reporting one person killed.

Police said they had closed off the motorway where the crash took place as well as the surrounding area in Borgo Panigale, on the outskirts of Bologna.

Italian news agency Ansa has reported that one person died and 40 others were injured following the blast. Italian police say at least 70 people have been injured and a bridge has partially collapsed.

The Italian news agency ANSA reported the explosion was caused by an accident involving a truck that was transporting flammable substances, which exploded upon impact.

Part of the bridge collapsed and the resulting explosion and fire spread to a carpark below the bridge, where several other vehicles caught fire and exploded.

Italian firefighters tweeted that they've sent multiple rescue and emergency squads, including one from their urban search and rescue team.

Italian private Sky TG24 reported that some of the injured people had been hit by flying glass when windows in nearby buildings exploded.

Photos on social media showed a huge ball of fire and black smoke billowing into the sky at the scene of the crash.

One report said the explosion was caused by a crash of a tanker carrying flammable liquid.