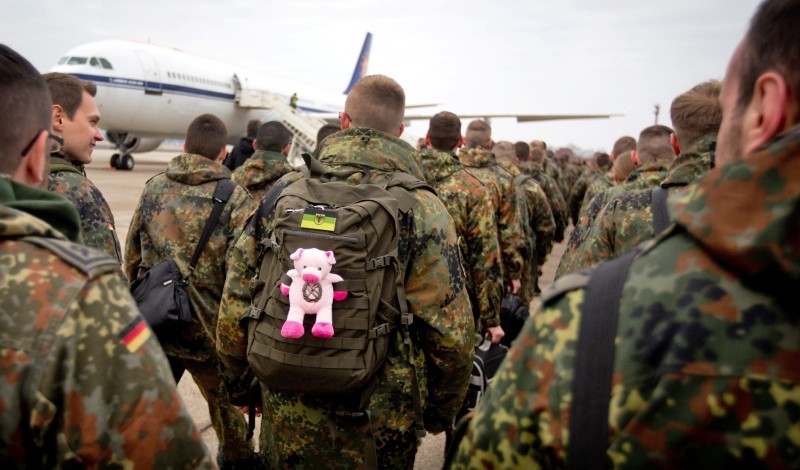 A German soldier has a stuffed animal - a small pig as a lucky charm - attached to his backpack as a contingent of German soldiers prepares to leave for Turkey, on the military part of the Tegel airport in Berlin, Germany, 20 Jan. 2013. (EPA Photo)
by Aug 10, 2018 12:00 am

More than two-thirds of Germans favor the reintroduction of national civic or military service for young people, seven years after conscription was phased out in the country.

According to a poll conducted on behalf of public broadcaster ZDF, 68 per cent of Germans favor national service, which was phased out in Germany in 2011 after the government decided to professionalize the Bundeswehr.

More than three-quarters, or 77 per cent, of supporters of Chancellor Angela Merkel's conservative Christian Democratic Union (CDU), which suggested the reintroduction of national service last week, support the move, according to the so-called Politbarometer poll.

The move also had its critics, with experts and some members of left-wing parties saying it may not be compatible with Germany's constitution and EU laws.

The CDU's Bavarian sister party, the Christian Social Union (CSU), has highlighted the cost of reintroducing some form of national service, which would be derived from a defense budget that is needed to modernize the Bundeswehr.