Migrants in Italy suffer from growing wave of racism 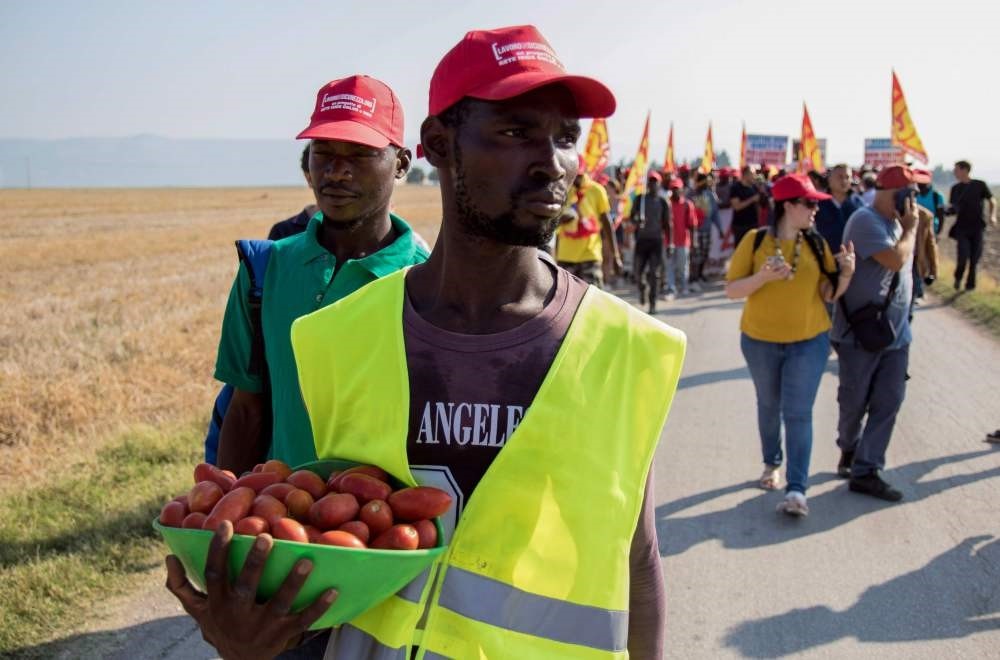 Since the appointment of its new far-right government, Italy has made headlines for several attacks, mostly targeting migrants, being investigated as possible acts of racism.

The racist attacks have been ongoing as the police in Tuscany reported that a pair of 13-year-olds have admitted responsibility for shooting blanks at a Gambian immigrant and hurling offenses his way. The news agency ANSA reported Thursday that the minors admitted their role in the Aug. 2 attack in Pistoia, but said they were fooling around and denied any sort of racial motivation. Despite their statements, deputy police chief Gianpaolo Patruno told Sky TG24 that police and the juvenile courts were verifying whether the attack was motivated by racial hatred. It is one of a series of attacks on migrants since Italy's anti-migrant government took power that are being investigated as possible acts of racism.

Earlier this week, hundreds of crop pickers held a one-day strike and protest march in southeastern Italy Wednesday to protest the exploitation of migrant farmworkers. Labor union activists organized the strike and march from the shanty town of San Severo to the city of Foggia after 16 farmworkers died in two recent road accidents in the Foggia area. Flanked by labor leaders, the protesters held signs reading "Never Slaves" and "We are workers, not meat for the butcher." Many waved flags of the left-wing USB labor union.

With the rhetoric clearly sharpened since Italy's Interior Minister Matteo Salvini, who is also the head of the far-right League and a prominent member of the new Italian government, has refused to allow rescue ships run by aid groups to dock in Italy, a migrant aid group has announced that it has sued Salvini for "spreading ideas based on ethnic and racial hatred." After Italy's Supreme Court last month deemed the phrase "Go away" addressed to migrants an expression of racial discrimination, Salvini defiantly wrote on his social media accounts: "Go away, go away, go away!"

Despite a rise in reports of racially-motivated attacks in the country, enjoying high popularity ratings among Italians, Salvini earlier dismissed any idea of a "racism emergency in Italy" branding the claims as "nonsense."

In addition to migrants, Roma people are also targeted by growing racism in the country. Italian media, citing a regional train operator, said a conductor risks being fired after announcing that Roma should get off at the next stop. They said Wednesday shocked passengers reported the incident to the northern Trenord line, which says the conductor will face discipline. Passengers on Tuesday heard the conductor use a vulgarity on the PA system to say Roma, also known as Gypsies, and had exhausted everyone's patience. The incident follows a string of racial incidents as Italy's new populist government cracks down on migrants. Salvini, who recently called for a census of Roma, said people should worry about "aggressions" against passengers and crew, not messages "against molesters." The Roma people, also known as Gypsies or Travellers, are an ethnic minority in Europe that often face prejudice and social exclusion. Amid calls on its 28 member states to better integrate the bloc's estimated 6 million Roma, national integration policies seem to be falling short.