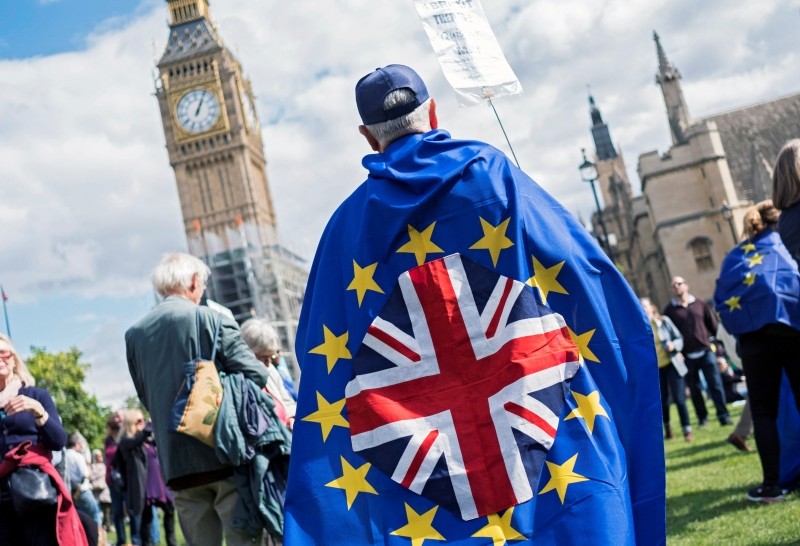 More than 100 constituencies that voted to leave the EU in 2016 have now switched their support to remain in the bloc, according to a new analysis.

The investigation and its subsequent findings, undertaken by the pro-EU movement Best for Britain and the anti-racist Hope Not Hate group and compiled by analytics company Focaldata and the Guardian's Observer, has concluded that most seats in the U.K. now hold a majority of voters who want to remain in the EU.

The analysis is one of the most extensive and comprehensive studies carried out on Brexit since the referendum two years ago and its findings could have a significant and influential impact on the Brexit debate in parliament later this year.

A total of 632 constituencies in England, Scotland and Wales were examined as part of the study and found that 112 constituencies that voted to leave the EU now want to remain in the EU. As such, the analysis shows that there are now 341 seats with a majority that wants to remain in the EU, compared to the 229 seats in the referendum two years ago.

Overall, according to the model, 53 percent of the population would vote to remain in the EU while 47 percent would vote to leave.

"This groundbreaking research shows that Brexit is still not inevitable. People across the U.K. have witnessed the last two years of uncertainty with dismay and are thinking differently-112 constituencies have switched to majorities that back staying in our current bespoke deal with the EU," Eloise Todd, the chief executive of Best for Britain, told the Observer.

"Our data shows a clear shift in public opinion against Brexit and people's growing anxiety over how leaving the EU will affect themselves and their families. This cannot be ignored," said Nick Lowles of Hope not Hate.

The study found that the shift in opinion was driven in large by a change among Labour voters who voted to leave and as such north England and Wales, traditional Labour strongholds that voted to leave the EU, are seeing a shift from supporting Leave to supporting Remain.

This shift of opinion among Labour supporters will add increased pressure on Jeremy Corbyn to soften his stance on Brexit and his opposition to a second referendum on the final deal.

The shift in opinion will also give MPs in parliament the confidence to call for a second referendum on EU membership and opposition groups within parliament are already drawing up plans to push for a final vote or call for a general election if Prime Minister Theresa May fails to deliver a Brexit that works for all.

Pro-EU movements such as Best for Britain and Open Britain have launched a nationwide campaign for a second referendum, popularly known as the "People's Vote."

They will hold a series of rallies and demonstrations in major cities and towns across the U.K. to show the government that support for remaining in the EU has grown considerably in the last two years and that the people deserve the right to have the final say on a deal agreed upon by London and Brussels.

Senior MPs and public officials have backed calls for a "People's Vote" and argue that a second referendum is vital in putting to rest the Brexit gridlock in the government and parliament.