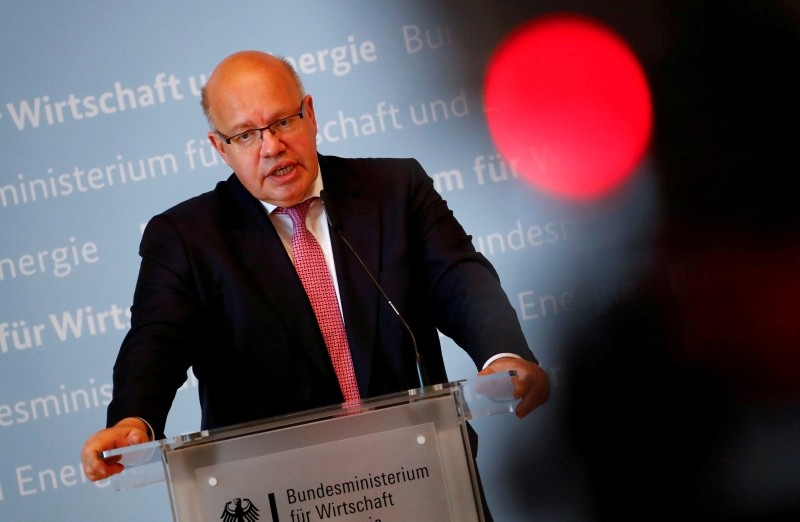 German Economy Minister Peter Altmaier has sharply criticized U.S. President Donald Trump's tariffs and sanctions policies, saying such measures were destroying jobs and growth and that Europe would not bow to U.S. pressure regarding Iran.

The United States has triggered a bitter tit-for-tat trade dispute with import tariffs meant to protect American jobs against what Trump calls unfair trade practices from China, Europe and other countries.

Trump's determination to push ahead with sanctions on Tehran which also target European companies doing business with Iran has opened another battle front.

"This trade war is slowing down and destroying economic growth - and it creates new uncertainties," Altmaier told Bild am Sonntag newspaper, adding that consumers suffered the most because higher tariffs were driving up prices.

Altmaier lauded the agreement reached by European Commission President Jean-Claude Juncker during negotiations with Trump last month, saying the interim deal had saved hundreds of thousands of jobs in Europe.

The U.S. and the European Union are embroiled in a spat after Trump imposed tariffs on aluminum and steel imports and Brussels responded with retaliatory tariffs on some U.S. goods.

Trump had also threatened to impose tariffs on EU auto imports but reached an agreement to hold off on taking action after meeting with Juncker at the White House last month.

"The agreement between the EU and U.S. can only be a first step. Our goal is a global trade order with lower tariffs, less protectionism and open markets," Altmaier said.

Turning to the U.S. sanctions against Iran, the minister said Germany and its EU allies would continue to support companies doing business with Iran despite U.S. pressure.

"We won't let Washington dictate us with whom we can do business and we therefore stick to the Vienna Nuclear Agreement so that Iran cannot build atomic weapons," Altmaier said.

German companies should be allowed to continue to invest in Iran as much as they want and the German government is looking for ways together with its European allies to ensure that financial transactions could still take place, he added.

Several European companies have suspended plans to invest in Iran in light of the U.S. sanctions, including oil major Total as well as carmakers PSA, Renault and Daimler.

German business associations have warned that companies are increasingly suffering from Trump's sanctions policies - including those against Iran - as well as the tariffs he is imposing in the escalating trade conflict with China.

The trade and sanctions disputes are clouding the growth outlook for Germany, Europe's largest economy, but Altmaier said he nonetheless expected strong growth this year due to vibrant domestic demand, record-high employment and rising wages.

The Federal Statistics Office will publish preliminary gross domestic product figures for the second quarter on Tuesday, with analysts expecting the quarterly growth rate to pick up to 0.4 percent after 0.3 percent in the first quarter.