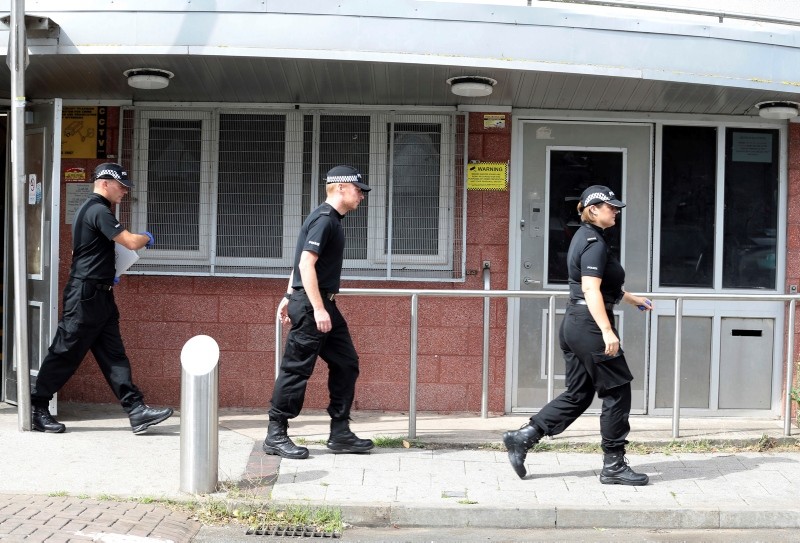 Police officers outside Brinklow Tower in Birmingham, England, where searches are being carried out in relation to the suspected terror attack on the Houses of Parliament in London, Wednesday Aug. 15, 2018. (Aaron Chown/PA via AP)
by Daily Sabah Aug 16, 2018 12:00 am

Two mosques in Birmingham were attacked with catapults Thursday in the wake of a car crash outside the U.K. parliament that injured three people.

No one at the Al-Hijrah and Qamarul Islam mosques was injured as a result of the attacks which lasted 20 minutes. The buildings' windows were smashed with ball bearings while worshippers were attending the evening prayers.

Armed police were deployed to the area to prevent further assaults on the mosques.

The attacks come after Salih Khater, a British citizen originally from Sudan, was arrested Tuesday after striking cyclists and then plowing his car into a security barrier.

He is being held on suspicion of terrorism and attempted murder, but has not been charged.