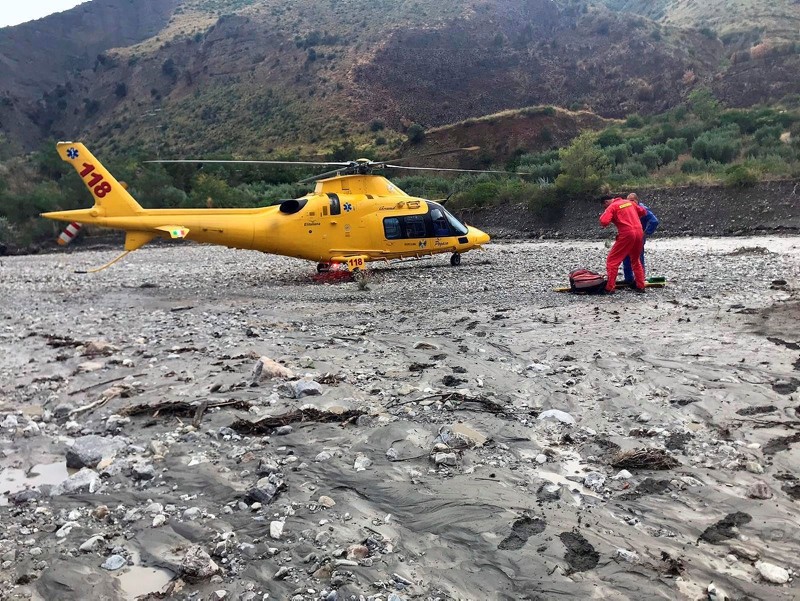 Firefighters and emergency workers on Tuesday combed the creek bed downstream from a gorge where sudden heavy rain created a wall of water that swept away tourists on Monday in the southern Italy region of Calabria, killing at least 10 people.

Twenty-three people were rescued after being caught by the rush of water, rocks and mud, and about a dozen were being treated in local hospitals, the civil protection agency said.

Up to three people may be missing, said civil protection official Umberto Malagrino, but the exact number was unclear because the Raganello gorge, a popular spot for hiking, is open to the general public and visitors are not required to register.

The Raganello creek, part of the Pollino National Park, runs through the narrow gorge, which is one kilometre (0.8 miles) deep with sheer rock walls that are only about four metres (13 ft) wide in some places.

Dozens of people were exploring the gorge when a storm dumped heavy rain upstream, and the narrow canyon funneled the runoff into a raging wall of water and debris that engulfed some hikers and sent others scrambling to higher ground.

Meteorologists had warned of possible heavy rains in the area.

The death toll was revised down to 10 from 11, a number announced erroneously by the civil protection agency earlier on Tuesday, he said.

"The search is still ongoing," Malagrino said from the town of Civita, which is near the gorge, which attracts many tourists in summer.

"We're conducting operations to find the missing in the creek bed all the way to the sea," said Nicola Capitale, a helicopter pilot for the fire department.

Squads of rescuers used spotlights in search-and-rescue operations overnight, and helicopters took to the air at first light. The disaster follows less than a week after a motorway bridge collapsed in northern Italy, killing 43.

The nationalities of the dead and injured were not yet released, but most tourists and trekkers who visit the area, in the country's deep south, are Italian.