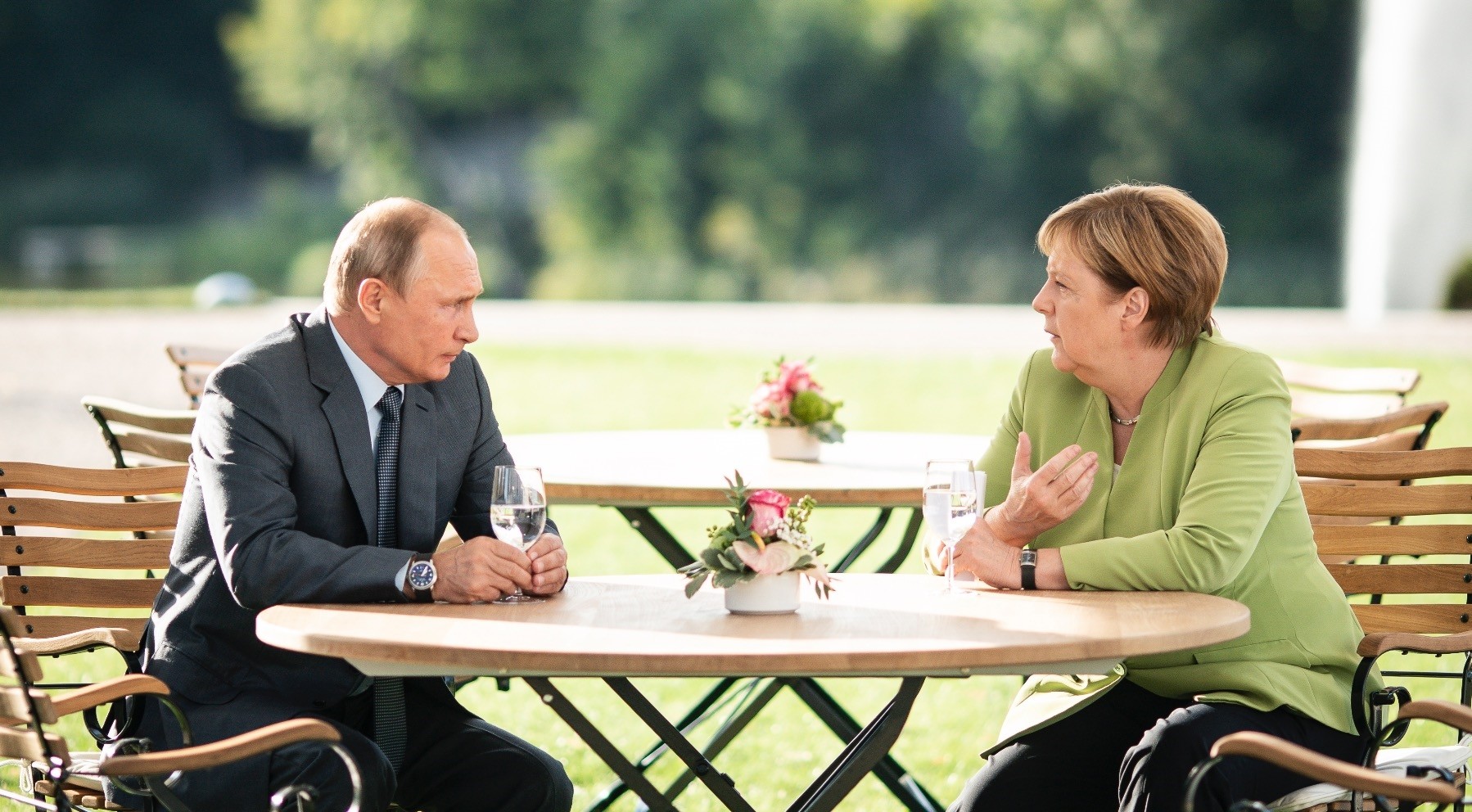 German Chancellor Angela Merkel and Russian President Vladimir Putin signaled rapprochement on Saturday at a summit in Germany focusing on the pipeline expansion, the Ukraine crisis and the Syrian civil war. Amid the challenges posed by U.S. President Donald Trump, the invitation from Merkel to Putin is considered as a sign of rapprochement after years of antagonism.

This was Putin's highest profile bilateral visit to Germany since Russia annexed neighboring Ukraine's Crimea region four years ago. The two leaders had last met in Sochi in southern Russia in May. The meeting came as the two countries seek to complete the Nord Stream 2, an expansion of an existing natural gas pipeline between the two countries under the Baltic Sea.

"We will speak about the possibility of establishing a U.N. mission to serve a role in the peace process" in Ukraine, Merkel said after welcoming Putin at Schloss Meseberg, the chancellery's official guest house outside Berlin. Germany is "ready to take responsibility," Merkel told reporters.

The meeting offered the leaders an opportunity to strengthen ties in the face of abrasive policies from U.S. President Donald Trump, including U.S. tariffs on EU imports and expanded U.S. sanctions against Russia. Trump said last month that Germany is "totally controlled by Russia" through commodity imports as exemplified by the expansion of the Nord Stream pipeline.

Russia and Germany are partners in the Nord Stream 2 gas pipeline, a project criticized by Trump due to Berlin's reliance on Moscow. Germany imported 53 billion cubic meters of Russian gas last year. "Nord Steam 2 is purely an economic project and it doesn't close the door to shipping gas through Ukraine," Putin said.

Putin also raised the issue of humanitarian aid and funding for international reconstruction in Syria. "It's important to help those areas that the refugees can return to," he said. "I think it's in everyone's interests, including Europe's."

Germany, which has taken in hundreds of thousands of Syrian refugees fleeing the war, has in the past insisted it wouldn't contribute to the reconstruction of Syria before a political settlement to end the war has been reached.

Saturday was a busy day for Putin as he also endeavored to strengthen ties with Austria after years of strained relations with the West over the Ukraine crisis. Austria, unlike Germany and numerous other European countries, did not expel any Russian diplomats after Britain accused Russia of orchestrating a near-fatal chemical weapon attack on a former Russian double agent in England earlier this year. Before travelling to Germany on Saturday, Putin attended the wedding of Austria's top diplomat, Karin Kneissl, in the south-eastern Austrian countryside. Putin was photographed dancing with the bride.