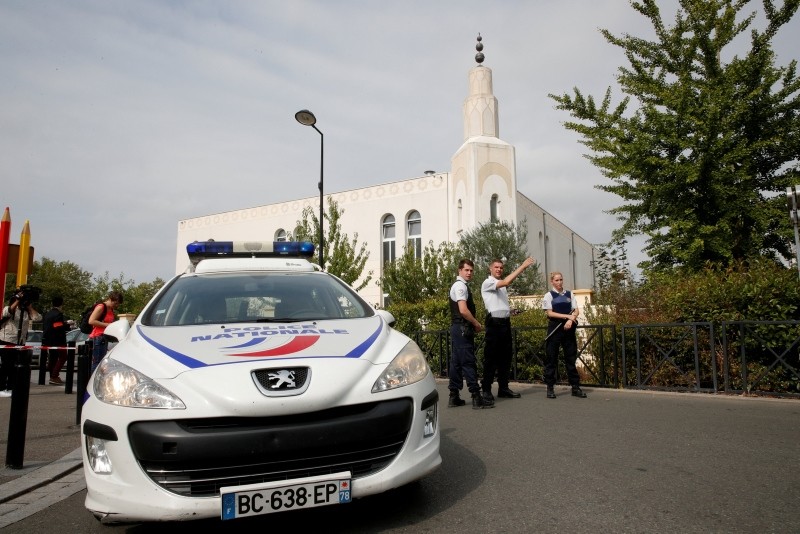 French police secure a street after a man killed two persons and injured an other in a knife attack in Trappes, near Paris, France, August 23, 2018. (Reuters Photo)
by Compiled from Wire Services Aug 23, 2018 12:00 am

A man armed with a knife killed two people and seriously injured another on Thursday morning in a town about 30 kilometers (20 miles) southwest of Paris, officials said.

The man was later shot and killed by police, a local government official said.

It was unclear if the violence was terror-related amid reports the violence might be linked to a family dispute. The two people killed in a knife attack were the mother and sister of the assailant, a French interior ministry source later said.

The third victim, another woman who has been hospitalized in a serious condition, was not related to the attacker and was passing by.

In the meantime, Daesh terrorist group claimed the attack, saying one of its members had carried out the assault, but provided no evidence.

An online statement from the group's Amaq news agency said the attacker was a Daesh fighter.

"My first thoughts go to the victims and their loved ones," Interior Minister Gerard Collomb wrote on Twitter. "I want to commend the security forces for their exemplary reaction and mobilization."

Trappes has a population of around 30,000 and is part of the far suburbs of the greater Paris area.

Only a short drive from the wealthy area of Versailles, home to the world-famous Versailles Palace, the town is known for its social problems linked to poverty, gangs and hardline interpretations of Islam.

It has a large Muslim population and about 50 locals are suspected of having left France to fight for the Daesh group in Syria and Iraq, French security sources have previously told AFP.