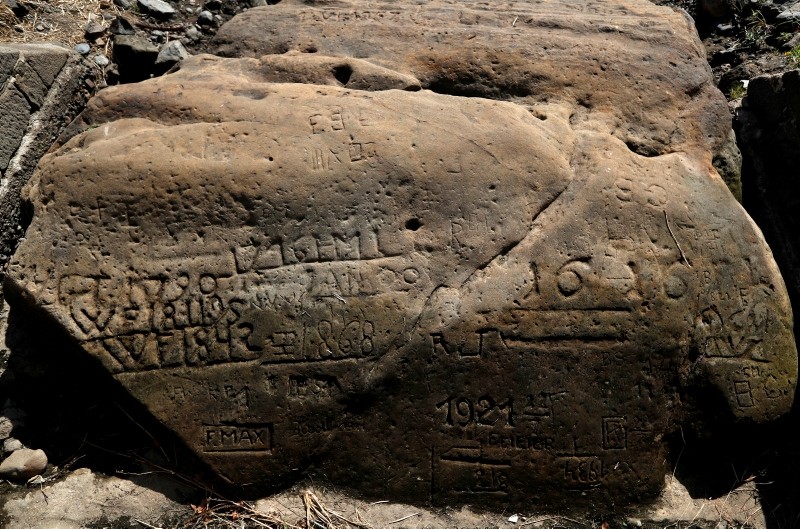 Due to this summer's drought in Central Europe, boulders known as "hunger stones" are reappearing in the Elbe River.

The low water levels in the river that begins in the Czech Republic then crosses Germany into the North Sea has exposed stones on the river bed whose appearances in history used to warn people that hard times were coming. 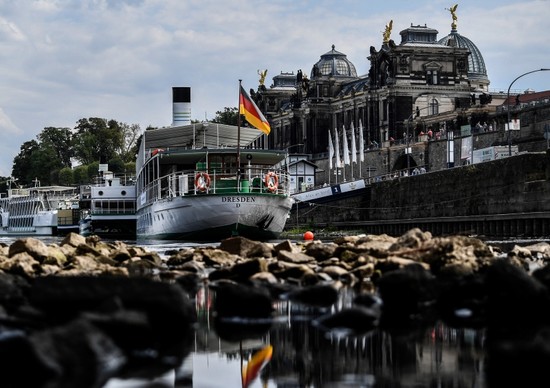 Steamboats sit on the dried-out Elbe river bed in front of the Academy of Fine Arts in central Dresden, Aug. 22, 2018. (EPA Photo)

Over a dozen of the hunger stones, chosen to record low water levels, can now be seen in and near the northern Czech town of Decin near the German border.

The oldest water mark visible dates to 1616. That stone, is considered the oldest hydrological landmark in Central Europe, bears a chiseled inscription in German that says: "When you see me, cry."