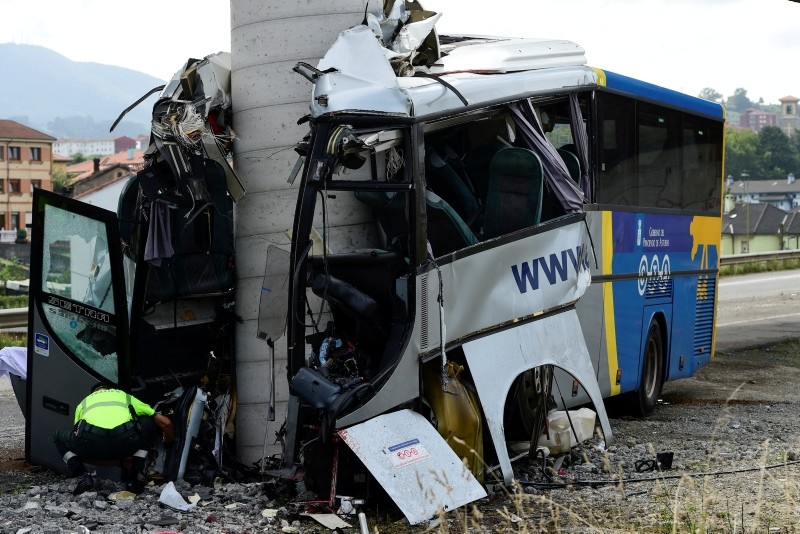 Five people died and 15 others were injured Monday when a bus crashed into the pillar of a viaduct in northern Spain, authorities said.

All five victims were passengers on the bus, a government spokesman in the region of Asturias told AFP.

The driver survived but was badly hurt and had to have a limb amputated after the crash in the town of Aviles.

Photos published in local media showed the front of the bus split in half by the pillar.

The cause of the accident was unknown.

It is the worst bus crash since March 2016 when 13 foreign students, most of them from Italy, died in an accident in the northeastern region of Catalonia.