Tension mounts in Catalonia over relaunch of independence campaign 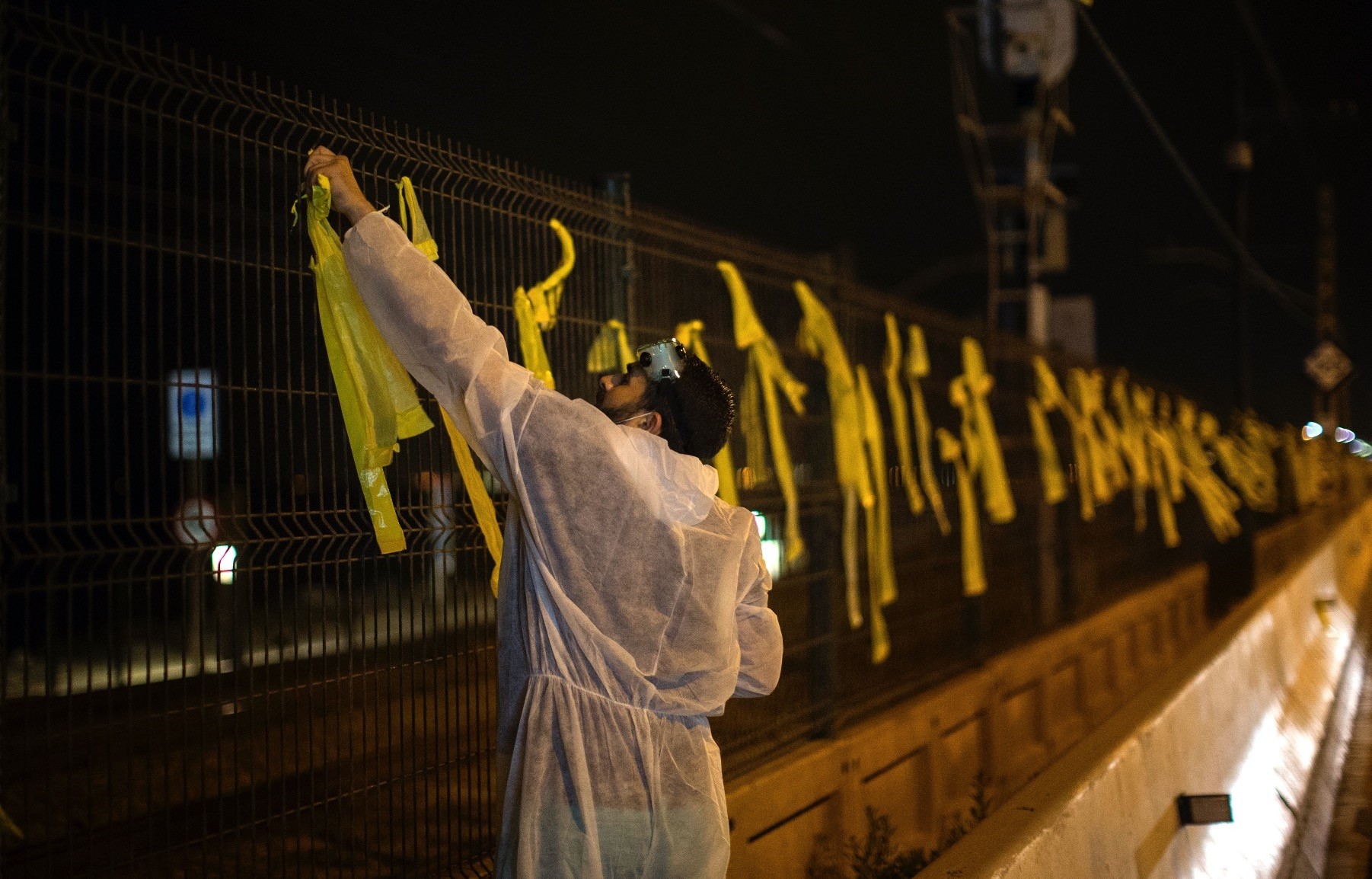 A man removes yellow ribbons placed on a fence by Catalan separatists, Premia del Mar, Sept. 4.
by Compiled from Wire Services Sep 06, 2018 12:00 am

As Catalan leader Quim Torra relaunched his region's independence campaign to split from Spain as tension mounts between separatists and unionist.

Torra set out his separatist roadmap at a lecture entitled "Our Moment" on Tuesday evening, calling on the central government in Madrid to agree to a referendum on independence and rebuffing a vote that could only offer greater autonomy.

"The Oct. 1 mandate is in force and we are working to bring it into effect," he said, but added that "only an agreed, binding and internationally recognized referendum on self-determination can renew that mandate," as reported by Reuters.

Secessionist ambitions in Catalonia, which accounts for around a fifth of the country's economy and is home to Spain's second-biggest city Barcelona, are one of the thorniest issues facing Sanchez.

"We will always listen to everyone, but we will never renounce our right to self-determination," Torra said. He added, "We have not taken one single step back."

Like many secessionists, Catalonia's regional president, Quim Torra, always wears a yellow ribbon, in his case pinned to the lapel of a dark suit, as the yellow ribbons has opened a new rift within the society. Large yellow ribbons hang from both the seat of the Catalan government and the Barcelona town hall that face one another in the center of the region's capital, and municipal street cleaners often do not remove the ribbons from public property.

A twisted strip of yellow plastic has become the biggest weapon for Catalonia's separatists in their struggle with those who want to protect the integrity of Spain. On any given evening, small groups of Catalan separatists gather to tie these yellow ribbons to benches, traffic posts and trash cans — or paint their likeness on sidewalks — across Barcelona and hundreds of neighboring towns and villages.

In an open letter published in the newspaper El Periodico last month, Torra called the groups that take down the ribbons "violent fascists" and said the regional Catalan police should "prevent these masked, violent and intolerant individuals from believing they can act with impunity."

Citing these statements by Torra and other evidence, Spain's state prosecutor's office has opened a probe into the alleged identification by Catalan police of people who have removed ribbons. State prosecutor Jose Maria Segarra has said that her office believes that both putting up and taking down the ribbons is protected under freedom of expression. This simmering tension is expected to get worse in this well-off corner of Spain. Leading politicians on the center-right have recently joined in the removal of the ribbons, accusing Spain's Socialist government of being soft on the separatists.

So far, ugly run-ins between adversaries have mostly produced heated debates and the exchange of verbal insults. But three people were hurt in a clash last May in the coastal town of Canet de Mar when Casado's group tried to remove a bunch of yellow crosses that pro-secession activists had planted on the beach. Both sides blamed the other for the scuffle. Also, last month a woman filed charges with the police claiming she was hit by a man who was angry at her for removing yellow ribbons in Barcelona.