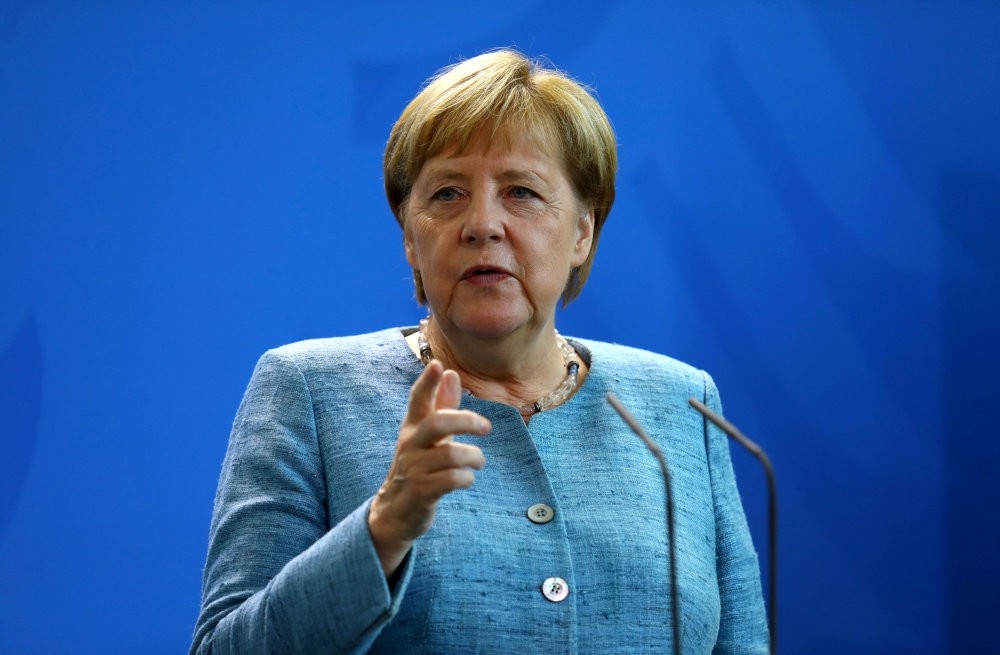 Three years after her decision to open Germany's borders to migrants, German Chancellor Angela Merkel is still struggling to find a sustainable response to complaints over her refugee policy.
by Compiled from Wire Services Sep 07, 2018 12:00 am

A tense truce within German Chancellor Angela Merkel's conservative camp shattered yesterday after her hardline interior minister defended protests marred by neo-Nazi violence and blasted migration as "the mother of all political problems."

Far-right groups clashed with police and chased people they deemed to be migrants in the eastern German city of Chemnitz on Aug. 26, after police said a Syrian and an Iraqi had been detained as suspects in the killing of a 35-year-old German man.

The protests, during which some members of an 800-strong crowd performed the illegal Hitler salute, laid bare the divisions in Germany over the migration policies.

"People are annoyed and outraged because of such homicides and I understand that," Horst Seehofer told the Rheinische Post newspaper in an interview. "If I had not been a minister, I would have taken to the streets as a citizen, but of course not with the radicals."

Seehofer, the most strident critic of Merkel's liberal refugee policy within her coalition, expressed sympathy with the anger that fueled the protests.

"The migration issue is the mother of all political problems in this country. I've been saying that for three years," since Merkel opened Germany's borders to more than 1 million asylum seekers as other EU countries shut the door to them.

Seehofer has taken an increasingly hardline stance on immigration as his party tries to fight off a strong challenge from the far-right Alternative for Germany (AfD) in October's regional election in Bavaria. He was quoted by German media as saying late Wednesday that her government had been too quick to criticize the protests and that he had waited until he had "authentic information" to comment.

Klingbeil tweeted a picture of Seehofer and wrote: "When I look at this picture, I ask myself whether I'm seeing the father of many problems. I have no more energy for this kind of right-wing, populist nonsense," as reported by Reuters.

Merkel has repeatedly expressed shock about the distressing scenes in the city, which were captured on video and described to the media by several victims. On Wednesday she stressed that "the images I've seen show quite clearly the hate-filled pursuit and persecution of innocent people."

The migration issue has driven a deep wedge through Germany and weakened Merkel, who has led the country for 13 years. Most observers say her current fourth term will likely be her last. Although new arrivals are far down from their 2015-2016 peak, she was forced to make major concessions to Seehofer in July to tamp down his rebellion by hammering out bilateral agreements with EU partners to take back asylum seekers who later arrived in Germany.

Although her critics have been emboldened by a string of high-profile crimes allegedly committed by migrants, defenders of Merkel's more welcoming stance toward refugees have mobilized as well. Some 65,000 people attended an anti-racism rock concert in Chemnitz Monday, which went off without incident.