UN intervenes in Italy after increase in ‘alarming’ anti-migrant attacks 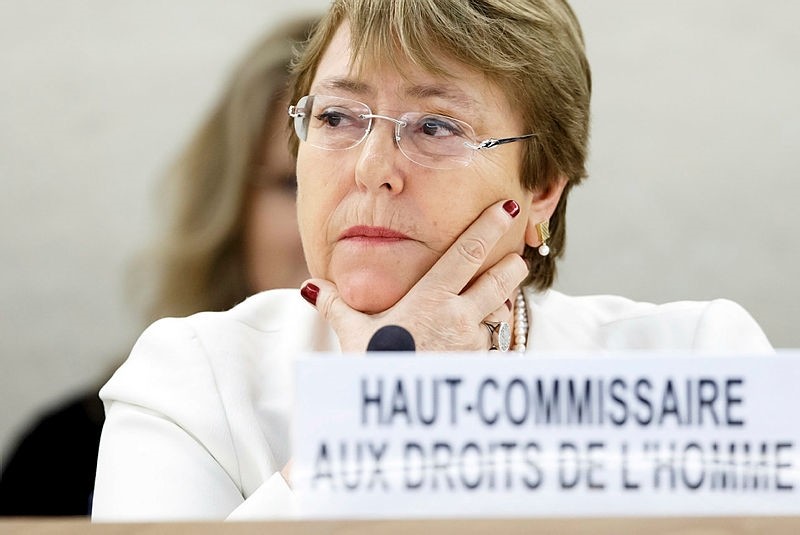 UN High Commissioner for Human Rights Chilean Michelle Bachelet looks on as she attends the opening of 39th session of the Human Rights Council, at the European headquarters of the United Nations in Geneva, Switzerland. (EPA Photo)
by Daily Sabah Sep 10, 2018 12:00 am

Following an increase in anti-migration violence in Italy and Austria, United Nations High Commissioner for Human Rights Michelle Bachelet is sending teams to launch an investigation into the protection of migrants.

Determined to look into the issue, Bachelet spoke to the U.N. Human Rights Council (OHCHR) on Monday in Geneva and said "Italy's decision to close its sea ports, denying entry to NGO rescue ships, had serious consequences on the most vulnerable. Even though we are seeing a big drop in the numbers of [migrants] coming from Libya over the past 12 months, the numbers of those who died during the crossing is higher in the first six months of 2018 than it was."

Many pro-migrant and anti-racist groups have noted that there has been a significant increase in attacks targeting migrants with 14 shootings, two murders and many physical assaults within the last three months.

The recent attacks against migrants have been sparked by an approach initiated by Interior Minister Matteo Salvini who has been pushing for anti-migrant policies in parliament, and has also been rejecting all rescue boats who attempt to stop at Italian ports.

"We do not accept lessons from anyone, let alone from the U.N.…They should first focus on other members where fundamental human rights are being violated every day," he said.

After being sworn in as interior minister earlier this year, Salvini said he would ask his ministry's experts "how to reduce the number of arriving migrants and increase the number of expulsions."

"The good times for illegals is over – get ready to pack your bags," he said.

Italy, where more than 650,000 people arrived via journeys across the Mediterranean since 2014, has felt increasingly overwhelmed and has been left alone by its peers. Elections this year gave victory to parties campaigning on an anti-immigration platform.

While only some 70,000 people made it to the EU across the Mediterranean this year, a fraction of the more than one million arrivals in the record 2015, migration still dominates European politics.