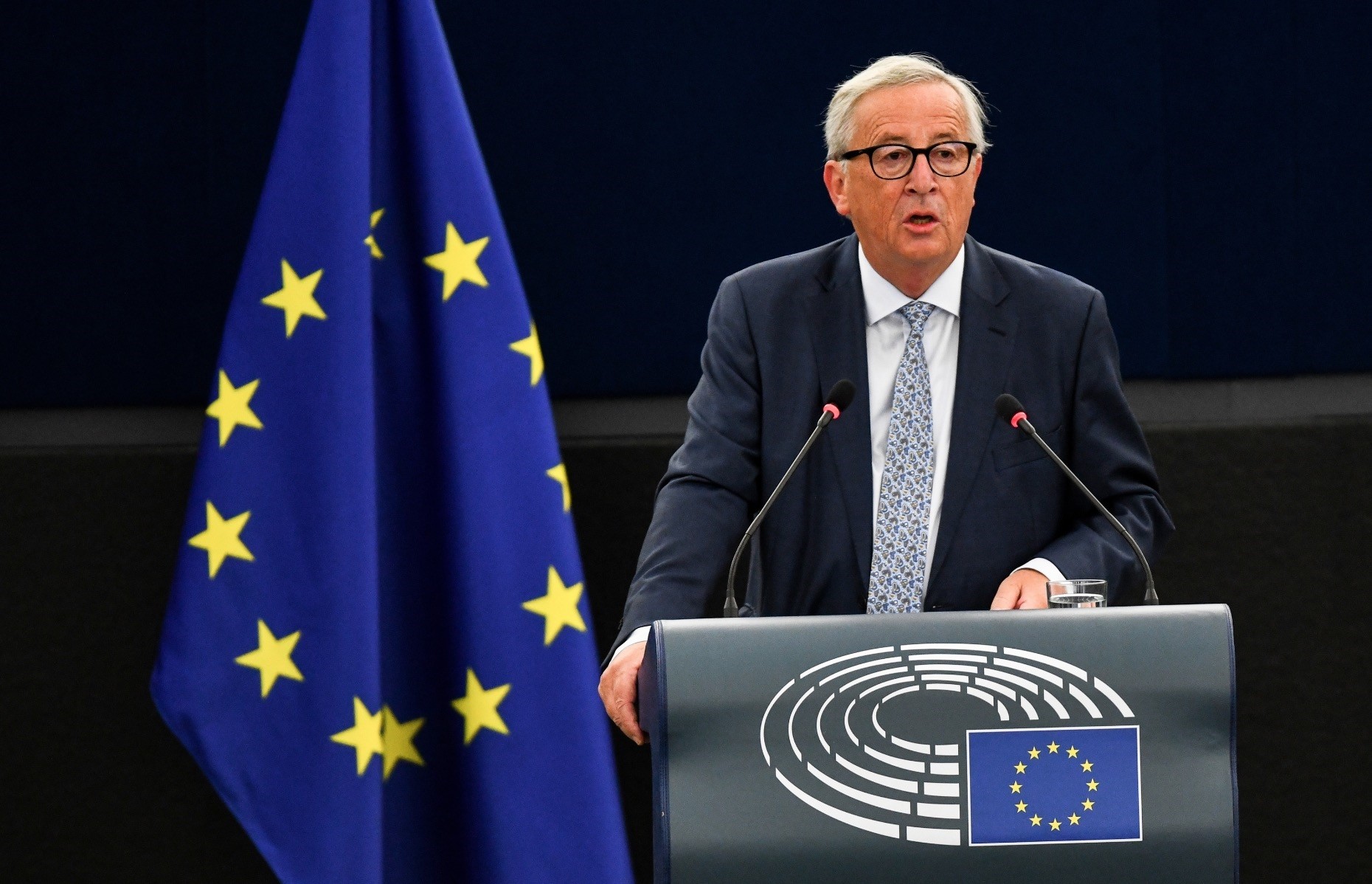 President of the European Commission Jean-Claude Juncker delivers the annual State of the Union speech in the European Parliament, Strasbourg, Sept. 12.
by Compiled from Wire Services Sep 13, 2018 12:00 am

Being under massive political pressure from member states to further cut the flow of migrants to the bloc, the European Commission will deploy 10,000 armed border guards in two years

European Commission President Jean-Claude Juncker called yesterday for the establishment of a 10,000-strong EU border and coastguard force for two years to protect its borders, as the bloc bolsters efforts to reduce migration. The force will also have the power to use armed force on the E.U.'s external borders.

The announcements came during Juncker's annual State of the Union address to the European Parliament. It comes at a critical juncture for the EU, amid a rise in populist and nationalist forces who have seized on the migration issue to show where Europe is falling short.

"The European Commission is today proposing to strengthen the European Border and Coast Guard to better protect our external borders with an additional 10,000 European border guards by 2020," Juncker said in his speech to the European Parliament, as reported by Agence France-Presse (AFP).

The goal, if achieved, would be a significant boost from the current pan-EU force of 1,300 staff to help individual member states patrol their borders. The commission is also proposing the border force have greater powers to deport people classified as economic migrants who are fleeing poverty and seeking jobs.

The State of the Union address laid out the commission's political priorities for the year ahead, and comes ahead of EU elections in May 2019, in which populists and nationalists could make strong gains. The proposals require the approval of EU member states and lawmakers before they can take effect.

The proposals came a week before EU leaders hold informal talks in Salzburg, where migration will be high on the agenda. German Chancellor Angela Merkel described migration as the biggest challenge the EU is facing, calling it a "significantly larger" threat to the bloc's unity than the eurozone financial crisis had been.

As the EU has yet to find common ground or policy for saving the lives of migrants at sea, a human rights group accused EU member states for an increase in the Mediterranean migrant death toll.

The journey by land through the Sahara and then across the Mediterranean remains the world's deadliest migration route, and as polarizing as ever in European politics. Italy's Interior Minister Matteo Salvini, who is also the head of the far-right League party and a prominent member of the new Italian government, is leading a high-profile campaign to exclude humanitarian rescue ships from Italian ports. He also argues that European countries should find a way to block the migrants before they leave Africa or send boats with asylum seekers back to the ports where they came from, including to Libya's harbors. Besides Italy, governments in Austria and central Europe argue that the EU can only bring migration under control by closing its borders to new arrivals, while opposing efforts to redistribute asylum seekers within the bloc.