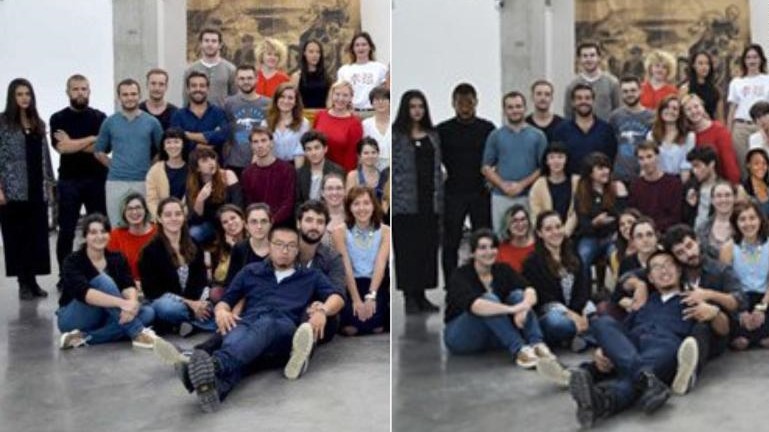 Reputable French art school Emile-Cohl has drawn heavy criticism with its latest advertisement campaign to promote its new branch in the United States.

Photos posted on the U.S. version of the art school's website were "blackwashed" to create a more diverse crowd of students with some of their faces digitally darkened.

After students noticed the Photoshop fail, they started to share the original and the edited photos as a side-by-side comparison on social media, which soon went viral.

The art school, which initially aimed to draw attention to its plans to open a branch in Los Angeles in the next four years, was later forced to apologize for the altered images, putting the blame on the U.S. communications company for the ad campaign that went terribly wrong.

"The communication company decided on its own to darken the skin of some students to add diversity," Emmanuel Perrier, assistant director of the art school, told CNN on Wednesday.

"When the website was made public, we didn't notice anything, the students from our school were the first ones to notice it," Perrier said, adding that the school took down the photos two days after posting them.

A spokesperson for the Emile-Cohl also denied "any intention to manipulate reality," The Local France reported.

According to Inquisitr, the artificial darkening of students was perceived as "laughable" by many as the southern French city of Lyon, where the art school is based, iss well-known for its predominantly white population.