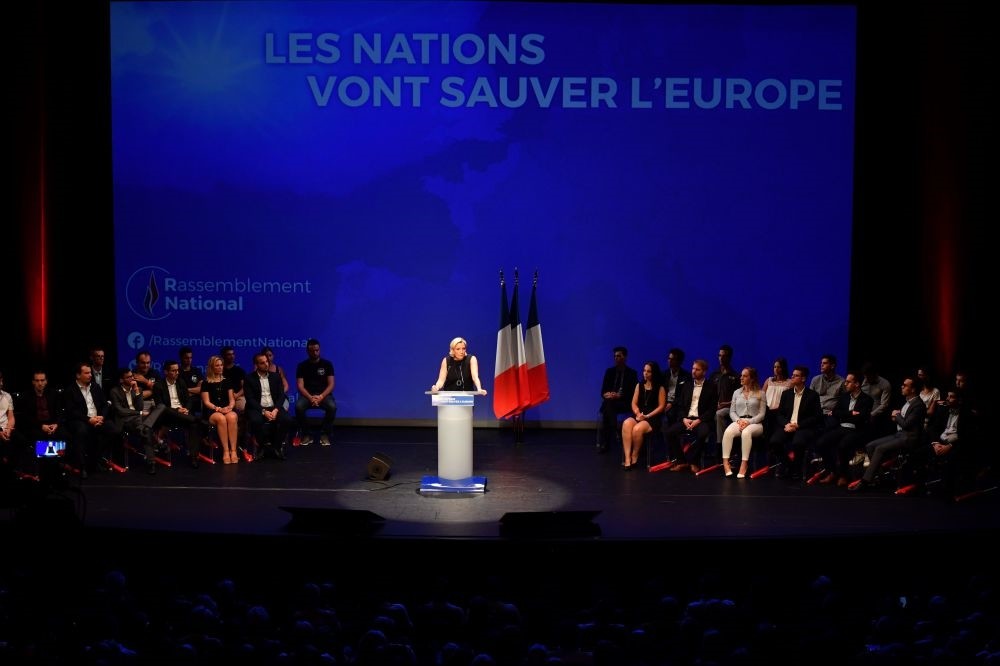 France's far-right leader Marine Le Pen urged Europe's populist parties to unite against a liberal establishment in next year's European elections, as she made a combative return to the spotlight after her bruising election defeat last year.

In a speech on Sunday to supporters of her National Rally party in the southern town of Frejus, Le Pen said her party would campaign for May's European Parliament elections "in liaison" with allies in its Europe of Nations and Freedom party.

"In Europe, it is to build with our allies, the other [nationalist] groups, a majority that makes a break from the decaying European Union and moves towards a cooperation of nations which respect each other's diversity and identity," as reported by Reuters.

Le Pen wants to force Brussels to hand back powers to nation states, an outcome supporters of the EU say would sound the death knell for Europe's political and monetary union. Previous attempts to unite the far right have produced little and Le Pen offered no new answers, reiterating her vision of a Union of European Nations whose member states would cooperate but regain their national sovereignty.

Europe's populists have scored election successes from Italy to Sweden and from Austria to Hungary, yet uniting the Eurosceptic parties may prove difficult. Lately, the Sweden Democrats' success follows a rise in popularity of other far-right parties in Europe amid growing anxiety over national identity, the effects of globalization and fears over immigration boosted by conflicts in the Middle East and Africa. Far-right leaders in Austria, Italy and France hailed the strides made by the Sweden Democrats. In Germany, the surge in foreigners stoked public concerns, which helped the Alternative for Germany (AfD) enter the national parliament last year as the main opposition party. In Austria, the far-right Freedom Party (FPOe) has governed as part of the ruling coalition since late last year. The country is the only Western European nation to have a far-right party in power.

Le Pen has struggled to unite her party and assert her leadership since she was soundly beaten by Macron in last year's presidential run-off vote. On Sunday she attacked Macron's first 16 months in office, but saved her toughest words for France and Europe's immigration policy and praised Matteo Salvini, Italy's anti-immigrant interior minister. "With us, France will once again control its borders," she said.

A Reuters analysis of recent national ballots and opinion polls suggests a Eurosceptic bloc may grow by some 60 percent in the Parliament. That would leave those who are hostile to deeper EU integration with around a fifth of the legislature, not enough to push any big changes but enough to challenge the established parties and crack open internal divisions soon after Britain leaves the bloc next March.