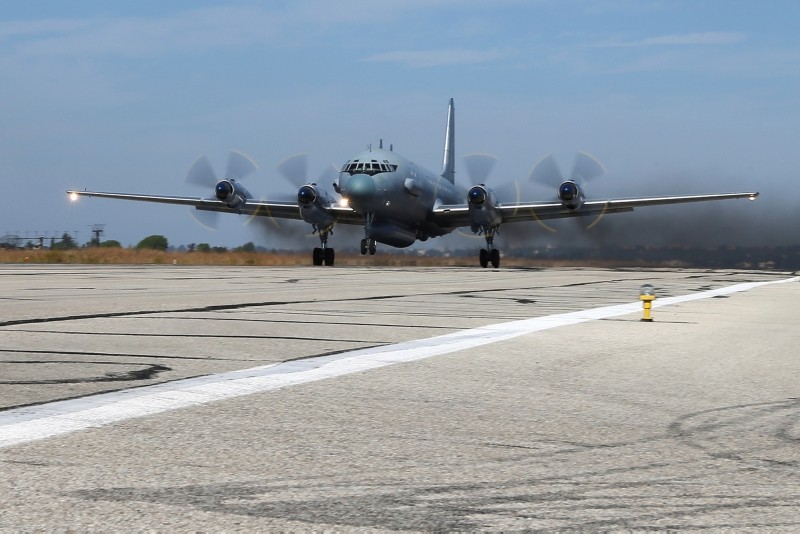 In this photo taken on Thursday, Nov. 12, 2015, a Il-20 electronic intelligence plane of the Russian air force takes off from the Russian air base in Hemeimeem, Syria. (AP Photo)
by Compiled from Wire Services Sep 20, 2018 12:00 am

Israel must provide Moscow with more information about the downing of a Russian military aircraft near the Syrian coast earlier this week, Russia's Foreign Ministry said in a statement on Thursday, the Interfax news agency reported.

Fifteen Russian crew were killed when the IL-20 surveillance plane crashed near Latakia in northern Syria on Monday. Russia has said Syria shot the plane down shortly after Israeli jets hit the area, and accused Israel of creating the dangerous conditions by failing to give sufficient advance notice.

Israel dispatched its air force chief to brief Moscow about the incident on Thursday.

Meanwhile, Israel's air force chief is expected to fly to Moscow on Thursday to brief Russian President Vladimir Putin on the incident.

Regime missile forces on Monday mistook the Russian Il-20 for an Israeli aircraft, shooting it down and killing all 15 people aboard. Russia's Defense Ministry initially blamed the plane's loss on Israel, saying its fighter jets pushed the Russian plane into the line of fire, but Putin sought to defuse tensions, pointing at "a chain of tragic accidental circumstances."

Israeli Prime Minister Benjamin Netanyahu has offered to share data with Russia on what was happening in the sky over Syria that day and dispatched his air force chief to Moscow. The official is due to arrive in Moscow on Thursday.

The Israeli military said its fighter jets were targeting a regime military facility involved in providing weapons for Iran's proxy Hezbollah militia and insisted it warned Russia of the coming raid in accordance with de-confliction agreements. It said the regime army fired the missiles that hit the Russian plane when the Israeli jets had already returned to Israeli airspace.