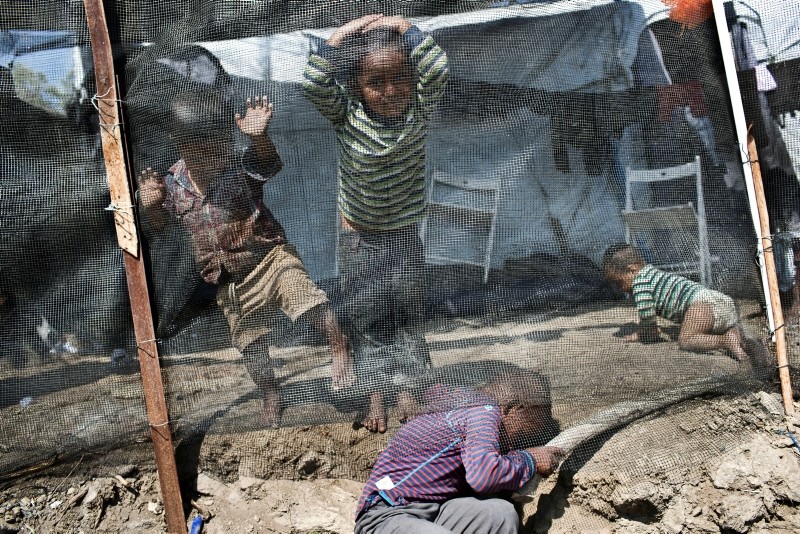 The number of refugee and migrant children arriving on Greek islands has soared, with more than 7,000 making the perilous voyage so far this year, a U.N. official said on Friday as he warned of dangerous and filthy conditions in overflowing camps.

U.N. children's agency UNICEF said children in the camps - many suffering severe psychological distress and at risk of violence - must be moved immediately to safer accommodation on the mainland.

Earlier this week aid agency Medecins Sans Frontieres warned that many teenagers in Moria camp on Lesbos island had attempted suicide or were harming themselves. Other children suffer from elective mutism, panic attacks and anxiety.

More than 850 children arrived on Greek islands each month on average between January and August, up 32 percent on the same period last year, UNICEF said. It gave no specific reason for the rise, but said most came from conflict affected areas.

"Conditions ... are becoming more dire and dangerous," he said.

Moria, a collection of tents and shipping containers in a former military base, is holding 9,000 people, nearly three times its capacity, according to government data. Another center on Samos, built for 650 people, now houses 4,000.

Some children have spent more than a year in the centers even though the maximum stay under Greek law is 25 days, UNICEF said.

Greece has been a gateway into the European Union since 2015 for refugees fleeing turmoil in the Middle East and beyond.

UNICEF said there were about 20,500 refugees and migrants on the Greek islands, mostly from Syria, Iraq and Afghanistan.

Violence, domestic abuse, protests and unrest are daily occurrences, it said. Access to sanitation is poor with up to 70 people sharing one toilet, leading to sewage leaks.

"The majority of children and young people I met have dealt with the trauma of war and then been forced to flee their homes. Now they are living in miserable conditions, with no end in sight. Many are in severe emotional distress," said Melandri.

He said the Greek authorities could no longer cope with the numbers.

UNICEF urged other EU countries to increase offers to resettle refugees and speed up family reunifications.

Greece has said it will move 2,000 people from Lesbos to the mainland by the end of the month.

A local governor has threatened to shut Moria down next month unless authorities clean up what health inspectors describe as "uncontrollable amounts of waste".