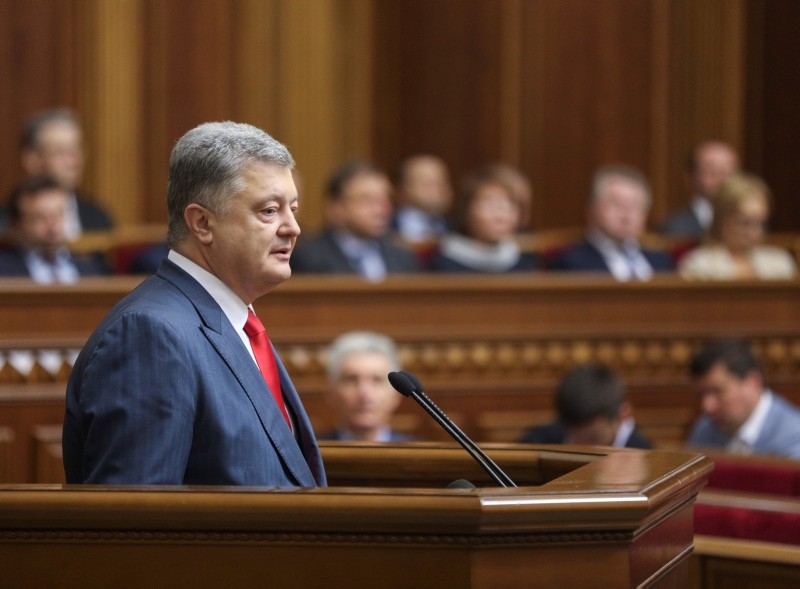 Poroshenko issued the libel claim, seen by AFP, over an article published in May this year that said Kiev paid Trump's personal lawyer Michael Cohen a "secret payment of at least $400,000" to "fix talks" between Poroshenko and Trump in the White House in June 2017.

The claim, filed through a British law firm, says the news story damaged Poroshenko's "political and business" reputation and caused him "substantial distress and embarrassment".

It added that the allegation of "serious corruption" was especially damaging because of Poroshenko's "promotion of a number of anti-corruption measures in Ukraine".

A spokesman for the BBC told AFP that it "cannot comment on this ongoing case".

The article, which was also used in a televised report, was based on "sources in Kiev close to those involved".

It said a "high ranking Ukrainian intelligence officer" told the BBC the payment was made as Kiev's embassy in Washington "could get Poroshenko little more than a brief photo-op with Trump".

Poroshenko met with Trump in the White House in June 2017.

There was speculation ahead of the meeting that Trump would refuse to meet the Ukrainian leader.

Washington did not announce the sit-down in advance -- as is customary -- and when it was described, the White House called it a "drop-in" with the U.S. president.

For three years, ties between Washington and Kiev have been dominated by efforts to contain a destabilizing Russia-backed rebellion in eastern Ukraine.

The crisis has left 10,000 dead and heightened tensions between the West and the Kremlin.

Ukrainians are scheduled to go to polls to elect a president next March.

Poroshenko, who took office in 2014, is widely expected to run but has not yet made an official announcement.