No promotion for German spymaster who caused row in Merkel coalition 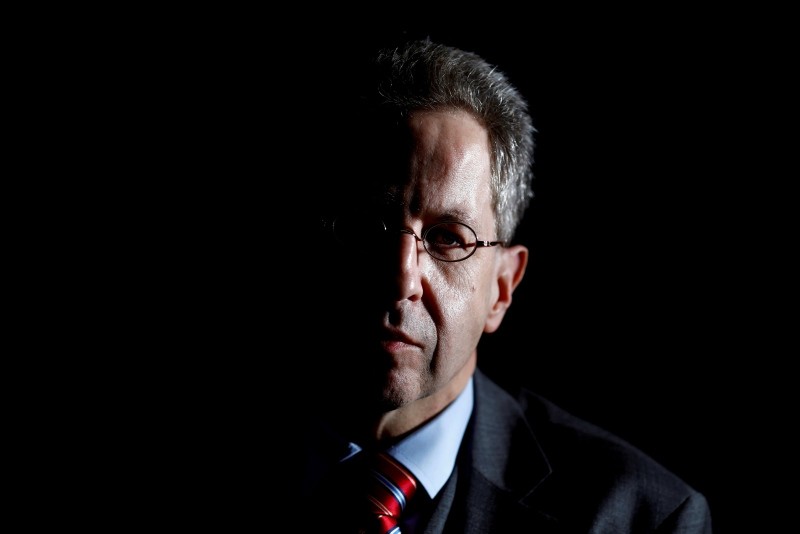 Hans-Georg Maassen, President of the Federal Office for the Protection of the Constitution, Germany's domestic security agency attends a Reuters interview in Berlin, Germany January 30, 2018. (Reuters Photo)
by Compiled from Wire Services Sep 23, 2018 12:00 am

The domestic intelligence chief who prompted a row in Germany's shaky coalition will no longer be given a promotion, coalition sources tell dpa.

The coalition came under criticism after the announcement that Hans-Georg Maassen would be transferred to another high-profile government job with a better salary after controversial remarks.

The about-turn on Maassen's appointment to state secretary now looks set to end days of wrangling that had plagued the government coalition.

Germany's government said last week it would replace the head of its domestic intelligence agency who has faced accusations of harboring far-right sympathies, putting an end to a row that exposed divisions in Chancellor Angela Merkel's government.

Hans-Georg Maassen, who had questioned the authenticity of video footage showing far-right radicals hounding migrants in the eastern German city of Chemnitz, will become a senior official at the interior ministry once he leaves the BfV agency, the government said in a statement.

The centre-left Social Democrats (SPD), junior coalition partners of Merkel's conservative bloc, had wanted Maassen removed from the office he has held since 2012. Horst Seehofer, leader of Merkel's Bavaria allies, had stood behind Maassen.

"Interior Minister Horst Seehofer values (Maassen's) competence in the questions of public security," the government statement said. "Mr Maassen will not be in charge for supervising the BfV at the ministry."