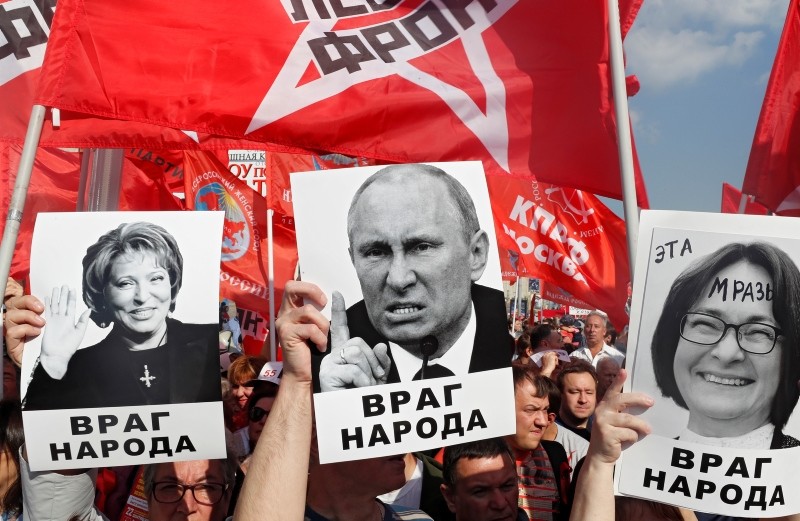 Russia's ruling party suffered two rare defeats in regional elections this weekend as its candidates lost to populists amid widespread discontent over a pension reform backed by President Vladimir Putin.

A second round of governorship elections was held in two key regions on Sunday, after the pro-Kremlin United Russia party saw its strongest decline in a decade during a first round on September 9.

Vladimir Sipyagin, of the nationalist Liberal Democratic Party of Russia (LDPR), won 57 percent of the vote in Vladimir, a region 190 kilometers (120 miles) east of Moscow. He defeated the incumbent United Russia governor Svetlana Orlova, who won 37.5 percent of the vote, results showed on Monday.

"There is, of course, an element of surprise," Kremlin spokesman Dmitry Peskov said Monday, commenting on the election results.

But he stressed the results in Vladimir and Khabarovsk proved the votes were "free, honest and just."

Last week the Kremlin also suffered election blows in the Primorsky Krai and Khakhasia regions, where its candidates failed to win in the first round.

The next-round elections in Primorsky Krai, also in the Far East, were canceled following protests over vote-rigging and will be held at an unspecified time. Khakasia has yet to hold a runoff vote.

The election blows come after widespread discontent over a Kremlin-backed plan to raise the retirement age, which has triggered street protests and led to a major drop in Putin's approval ratings.

Voters across Russia are also angry over continuing poverty, partly due to Western sanctions.

In a rare show of unity, Russia's liberal and parliamentary opposition have opposed the government's pension reform.

The LDPR and the the Communist Party are tolerated by the Kremlin and sit in the lower house of the parliament. While they support the Kremlin's foreign policy, they occasionally challenge its stance on domestic issues.

On Monday, Navalny was detained on his release from prison after serving a 30-day sentence for an unauthorized protest.

Writing on Twitter, his associate Lyubov Sobol wrote that he was detained again "because authorities are now weaker than ever."

"The overwhelming majority of people are against raising the retirement age and United Russia was defeated in gubernatorial elections in key regions," she wrote. "They are scared, panicking and taking revenge."