UK PM May plans for snap election after Brexit impasse 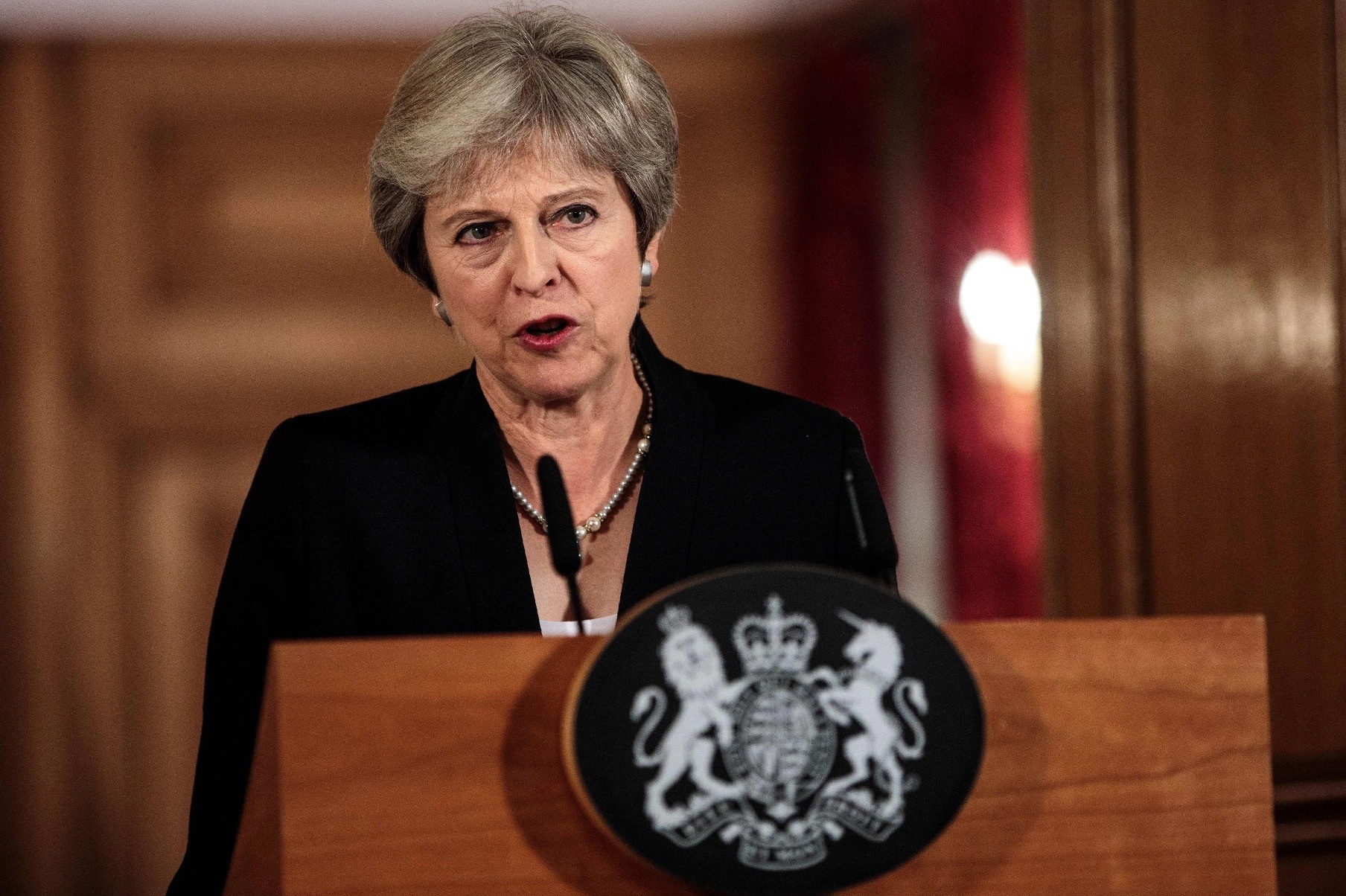 Britainu2019s Prime Minister Theresa May makes a statement on the Brexit negotiations at No. 10 Downing Street, central London, Sept. 21.
by Compiled from Wire Services Sep 24, 2018 12:00 am

The impasse with the EU has prompted some to predict an early election, with local media reporting that U.K. Prime Minister Theresa May's team has begun contingency planning for a snap vote

British Prime Minister Theresa May's aides have begun contingency planning for a snap election in November to save both Brexit and her job, the Sunday Times reported. The newspaper said that two senior members of May's Downing Street political team began "war-gaming" an autumn vote to win public backing for a new plan, after her Brexit proposals were criticized at a summit in Salzburg last week.

However, Brexit minister Dominic Raab again ruled out a new election, describing the suggestion as "for the birds," as reported by Reuters. He said Britain would not "flit from plan to plan like some sort of diplomatic butterfly." "We are going to be resolute about this," Raab added.While saying she will stick to her guns, May might have little chance but to change tack after a party conference where the deep divisions over Europe that have riven her Conservatives for decades will be in plain sight. A senior pro-EU Conservative lawmaker, Nicky Morgan, said May would have to give ground on trade and customs arrangements to overcome the biggest obstacle to a withdrawal accord, the prevention of a hard border between the British province of Northern Ireland and Ireland, a member of the EU.

Meanwhile, Britain's opposition Labor Party leader Jeremy Corbyn said yesterday he would prefer a national election to a second referendum on Brexit. Labour's Corbyn has so far resisted calls to back a "People's Vote", or new referendum on the decision to quit the EU. But the political landscape has changed since May was ambushed by the European Union on Thursday over her plans for Brexit, the biggest shift in British policy for more than four decades.

Leader Jeremy Corbyn has a golden opportunity to capitalize on Prime Minister Theresa May's weakness after European Union leaders rejected her Brexit plans on Thursday. But he must first ensure that his party's internal tensions take a back seat to bolster his image as a prime-minister-in-waiting.

Brexit is one of the fault lines, dividing even normal allies. Most of Corbyn's MPs and his younger supporters are in favor of the EU, but many voters in the party's working-class heartlands back Brexit. Corbyn has so far tried to avoid the divisive subject, instead sticking to promoting a domestic social agenda that helped him upset the odds at last year's general election and strip May of her parliamentary majority. But with Brexit negotiations rapidly heading nowhere as the March 29 deadline looms, party members look set to force a debate and a vote on the conference floor pushing for a second referendum.

"For Labor to adopt a second referendum policy would spell political disaster in all those Labor seats that voted leave," said Brendan Chilton of the pro-Brexit group Labor Leave, The Agence France-Presse (AFP) reported.

Since the 2016 referendum, Labor has stuck to a policy of "constructive ambiguity" in a bid to appeal to "leave" and "remain" voters alike. The party opposes May's "Tory Brexit" but not Brexit itself. It calls for Britain to leave the EU but remain in the bloc's customs union with "full access" to the EU's huge single market.

Pro-EU party members, including many Labor lawmakers, say that is both vague and unachievable as long as Labor remains in opposition.

Britain is to exit the EU in March. After weeks of both sides making positive noises about prospects of clinching a divorce deal and their future trading relationship, the mood turned sour on Thursday in Salzburg, Austria, when the bloc's leaders, one by one, came out to criticize May's Chequers plans. A tacit agreement to try to offer her some support before she heads to what is going to be a difficult annual conference of her governing Conservative Party later this month was broken by some British diplomatic missteps.