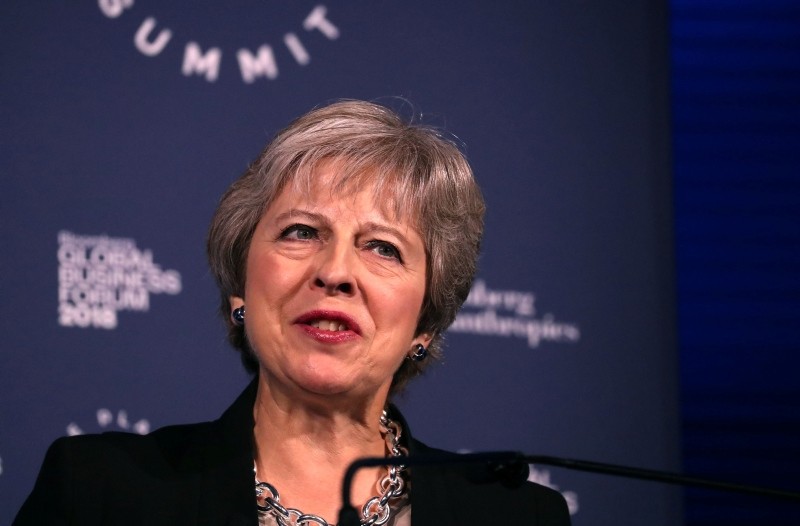 Prime Minister Theresa May said a post-Brexit Britain would allow businesses to attract the brightest talents and be one of the best places to grow and develop business whatever the outcome of negotiations with the European Union.

"We will put in place a new immigration system that will allow businesses and universities to attract the brightest and best to the UK," she told business leaders in New York on Wednesday.

She repeated her message that she was confident Britain would be able to strike a good post-Brexit trading agreement with the EU but said her government was ready for a no-deal outcome.

With uncertainty surrounding the U.K. leaving the EU, May said Britain's relationship with the union will change, but the two will continue to be close trade partners.

"We are looking for a frictionless trade," May said in her speech at Bloomberg Global Business Forum 2018 held in New York.

Looking beyond the EU, she said the U.K. wants to engage in the "most ambitious" trade relations with other countries and businesses around the world.

"Whatever is your business, if you invest in post-Brexit Britain, we will give you the lowest tax rate in [the] G20," May said.

"We are seeing more investment in [the] U.K. in [the] past three years, compared to [the] rest of the EU combined," she said, adding "Post-Brexit Britain will be a trusted partner and will face the challenges of global economy."

May also called for a change in the World Trade Organization (WTO), saying it should adapt to changes in global economy.

"We need to give the WTO a broad ambitious mandate reform to maintain trust in the system," she said, highlighting some of the issues such as legitimacy and transparency.