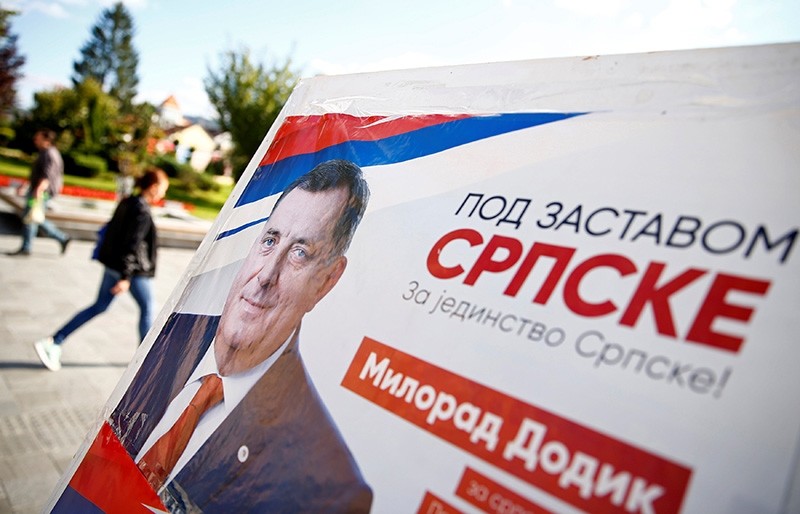 The U.S. Embassy in Bosnia on Tuesday rejected accusations by Serb nationalist leaders that the United States is seeking to interfere in next month's general election.

Bosnian Serb President Milorad Dodik, who is pro-Russia, has accused the U.S. and Britain of supporting his opponents and seeking to influence the outcome of the Oct. 7 vote, which is seen in international circles as a major moment in whether Bosnia will seek to join the European Union and NATO.

The embassy denied the charge, and said in a statement that "the United States is not interfering in the election process and we strongly reject such appalling accusations."

Though a 1995 peace treaty brought an end to the three-year civil war in Bosnia, there is still bickering among the Serb, Muslim and Croat ethnic groups.

Dodik, who has advocated the secession of the Bosnian Serb autonomous region and joining Serbia, is running for a Serb seat in Bosnia's three-member presidency.

On Thursday, he said the U.S. and Britain have secured millions of euros to finance various opposition groups in the Bosnian Serb territory. He also claimed that 40 British secret service operatives have arrived in Bosnia ahead of the election to "destabilize" Republika Srpska.

"I will insist that the foreign meddling stops," Dodik said at a press conference.

Serbian President Aleksandar Vucic, close Dodik's ally, has alleged that he possesses "a stunning proof of the most brutal meddling by some Western powers" and that he will release the details after the vote.

"We do not back one candidate or one party over another," it said in a statement, adding that the U.S. refuses to be part of pre-election "manipulation."