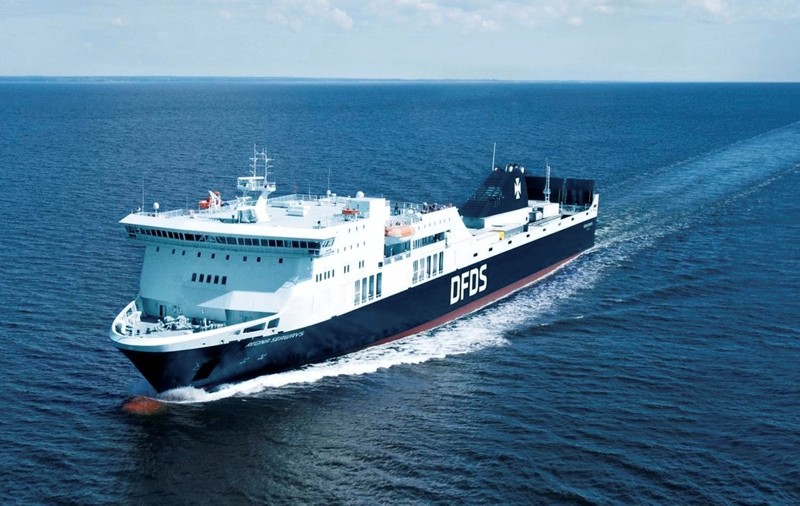 The undated photo provided in the photo library on the website of DFDS shows the vessel Regina Seaways. (AP Photo)
by Associated Press
Oct 02, 2018 12:00 am

A ferry with around 300 people on board was stranded in the Baltic Sea on Tuesday after the ship experienced engine failure, the Danish operator said. No injuries were reported and an evacuation wasn't immediately necessary.

The breakdown aboard the Regina Seaways produced smoke, which triggered the ship's fire extinguishing system in the engine room, Copenhagen-based DFDS Seaways said. The vessel was in international waters off Kaliningrad, Russia's Baltic Sea exclave between Poland and Lithuania.

"We are talking about a malfunction in the engine room that caused a lot of smoke," DFDS spokesman Gert Jakobsen told The Associated Press. "Right now we are inspecting the engine room to find out whether the ship can sail on its own or needs to be tugged."

He said passengers had assembled at muster stations in preparation for a possible evacuation, but the "situation is under control."

The ferry, which also had cars and trucks on board, was traveling between the ports of Kiel, Germany, and Klaipeda, Lithuania.

"On these kinds of crossings we have people from Germany, the Baltic countries and Russia. We cannot say now who was onboard," Jakobsen said.

The ship is about 85 kilometers (50 miles) from Klaipeda, said Vaidas Klumbys, another DFDS spokesman.

He said that on Tuesday afternoon "we received the information from the ship that it was undergoing vibrations and smoke rising from the engines."

Lithuania's navy said one of its helicopters and three navy vessels were sent to the site in case an evacuation was necessary. The regional news agency, Baltic News Services, quoted Klumbys as saying "the weather conditions are not good."

Jakobsen wasn't aware of any rescue operation, saying there was no evacuation.

"But in this kind of situation, everyone steps in," he said.

The Regina Seaways was built in 2010 and can carry up to 500 passengers.