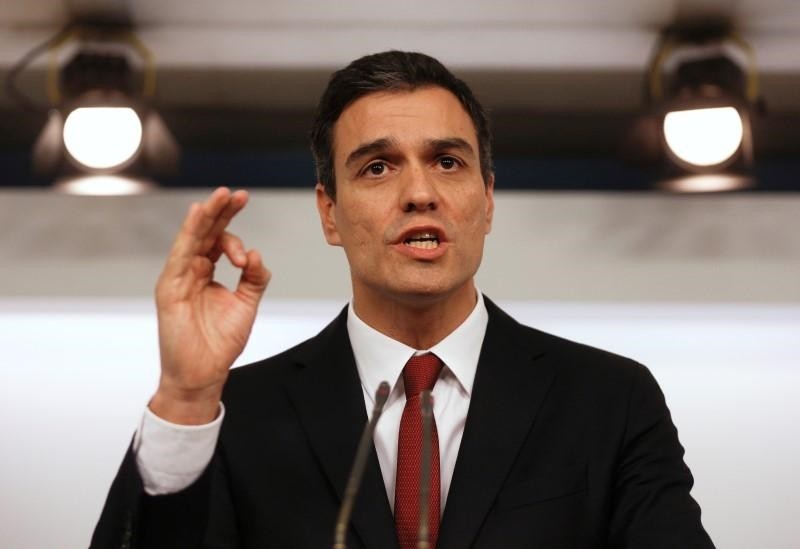 The assembly also backed a motion allowing all six parliament members, who have either fled Spain or are in jail, to delegate their voting rights to a party member, a spokesman for the Catalan parliament said.

In July, Spain's Supreme Court effectively stripped Puigdemont and the other separatist politicians of their public duties due to their role in organizing an independence referendum on Oct 1, 2017.

Tuesday's moves by the Catalan assembly came a day after riot police charged in to break up a demonstration in front of the parliament building after thousands marched in Barcelona to mark the first anniversary of the referendum.

Hundreds of separatist protesters knocked down barriers at the regional parliament on Monday evening, clashing with police in stark contrast with the usually peaceful nature of Catalonia's independence movement.

"Violence isn't the way forward," Sanchez, who is attempting to negotiate with Catalan leaders and also depends on separatist lawmakers to prop up his minority government, said in a tweet.

Meanwhile, Torra has issued an ultimatum to PM Sanchez.

Torra said he could deny Sanchez the votes he needs to approve the national budget unless the government proposes by next month an independence referendum in Catalonia.

Torra, a leading secessionist, said in a speech Tuesday that Catalan separatist parties "won't help ensure any stability" in Spain's parliament if their demand for a vote on self-determination is not met.

The ultimatum was aimed directly at Sanchez's growing predicament over the center-left Socialist government's spending plans for 2019.

The minority government holds just 84 of the 350 seats in the country's lower house. That means it is relying on the expected support of other parties, including those supporting Catalan secession, to pass its state budget.

Madrid imposed direct rule on Catalonia after the referendum, which it branded as unconstitutional. It then called fresh regional elections in December in a bid to curb the independence movement, but the plan backfired and the secessionists retained a slim majority in the Catalan assembly.

Opinion polls in Catalonia show a relatively even split between those who favor remaining in Spain and those wanting to secede.

Spanish Prime Minister Pedro Sanchez has said he favors dialogue on Catalonia's future but has ruled out any moves towards independence.