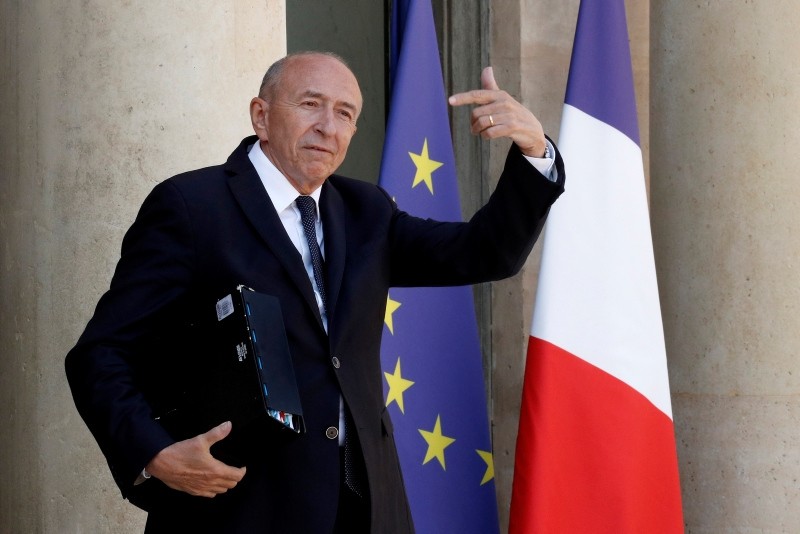 Prime Minister Edouard Philippe took over as France's interim interior minister on Wednesday, succeeding Gerard Collomb in a delayed and at times awkward handover ceremony that added to the appearance of disarray in the French government.

French President Emmanuel Macron was forced to accept Collomb's resignation from the Interior Ministry late Tuesday after refusing it a day earlier.

In an unusual failure of choreography, Collomb was left standing alone for some 15 minutes on a red carpet at the top of the ministry's steps as he waited for a delayed Philippe to arrive.

Collomb, a former key loyalist of the centrist president who has recently turned critical, paid tribute to the "quality of the men and women" whom he had led.

He cited anti-terrorism and migration laws passed since he took office in mid-2017 following Macron's election, as well as reforms inside the ministry.

Philippe, meanwhile, stared forward, occasionally twiddling his thumbs, adjusting his cuffs and rarely returning Collomb's gaze even as the outgoing minister addressed him.

When his turn came to speak, Philippe thanked Collomb for his 16 months of service and said the government remained determined to "provide the French people with the highest level of security."

Media commentators have joined the opposition in slating Macron's management of the affair, a fortnight after Collomb initially suggested that he would step down next year to return to his old job as mayor of Lyon.

The saga "owed more to the music-hall than to governmental politics," Laurent Joffrin, editor of left-leaning daily Liberation, wrote on Tuesday.