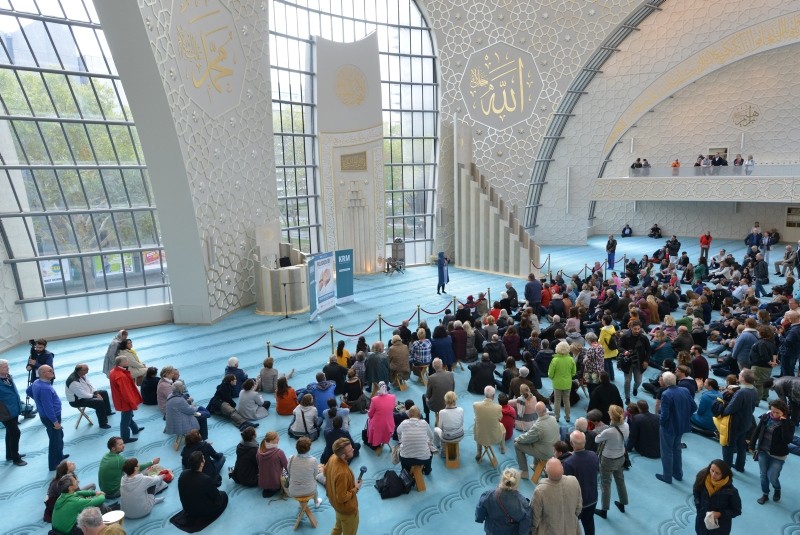 People of various faiths visited mosques across Germany on Wednesday at an annual event to encourage dialogue and help overcome misunderstandings about Islam.

"This day gives an opportunity for more than 100,000 visitors to learn more about Islam and get into conversation with Muslims," Burhan Kesici, spokesman for Germany's Muslim Coordination Council (KRM), said in a statement.

In Cologne, hundreds of visitors came to see the Cologne Central Mosque, the most prominent place of Muslim worship in the country, run by the Turkish-Islamic Union for Religious Affairs (DITIB).

Nevzat Yaşar Aşıkoğlu, the union's chair, told visitors that since its foundation in 1984, the DITIB has promoted peace and tolerance, and would continue to work with its German counterparts to enhance dialogue.

During the event, imams made presentations about Islamic faith and culture and answered visitors' questions.

Germany, a country of over 81 million people, has the second-largest Muslim population in Western Europe after France.

Among the country's nearly 4.7 million Muslims, 3 million are of Turkish origin.

In recent years, the country has seen growing Islamophobia and hatred of migrants triggered by propaganda from far-right and populist parties.