Romania's vote to define marriage fails due to low turnout 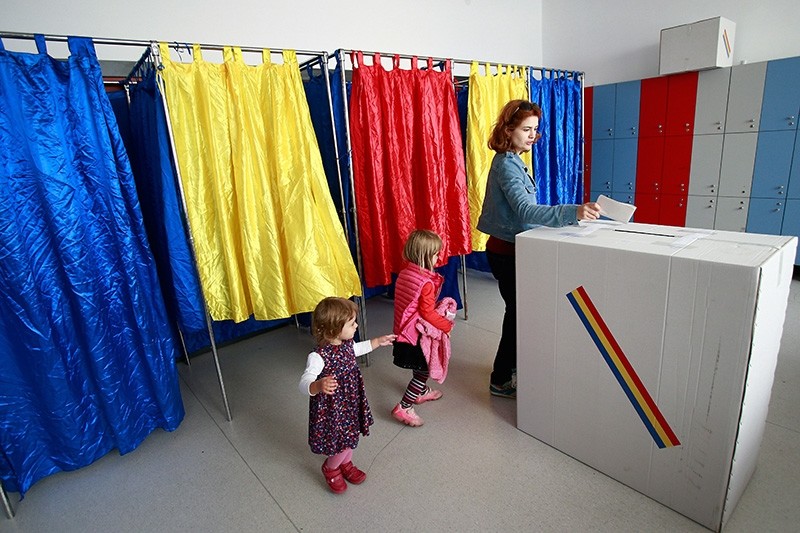 A woman is followed by her daughters while casting her ballot during the family re-definition referendum at a polling station in Bucharest, Romania, Oct. 7, 2018. (EPA Photo)
by Compiled from Wire Services
Oct 07, 2018 12:00 am

Just 20.41 percent of registered voters had cast their ballot -- well below the required 30 percent -- on whether to alter the constitution to define marriage as explicitly between a man and woman, rather than between "spouses" as it is currently defined.

The failed amendment would have changed the definition of family in Romania's Constitution to make marriage a union between a man and a woman instead of between "spouses." Same-sex marriage is already illegal in Romania.

Opponents had encouraged voters to boycott the referendum. The Romanian Orthodox Church supported the constitutional revision.

Opponents say the new constitutional language could make LGBT people feel more like second-class citizens and could discriminate against non-traditional families. They also said the amendment was unnecessary since Romanian civil law already limits marriages to a man and a woman.

Bucharest resident Marin Soare, 50, who was cycling through the village Sunday, boycotted the referendum, calling it "a waste of money."

"We already have traditional families in Romania and have done so for 2,000 years," he said. "And there's always been same-sex relationships."

The conservative Coalition for Family that spearheaded the referendum blamed what it called "a massive disinformation campaign" by the media, politicians and local governments for the weak voter participation.

It alleged "a general boycott by all political parties" that was "primarily directed against the Christians of Romania."