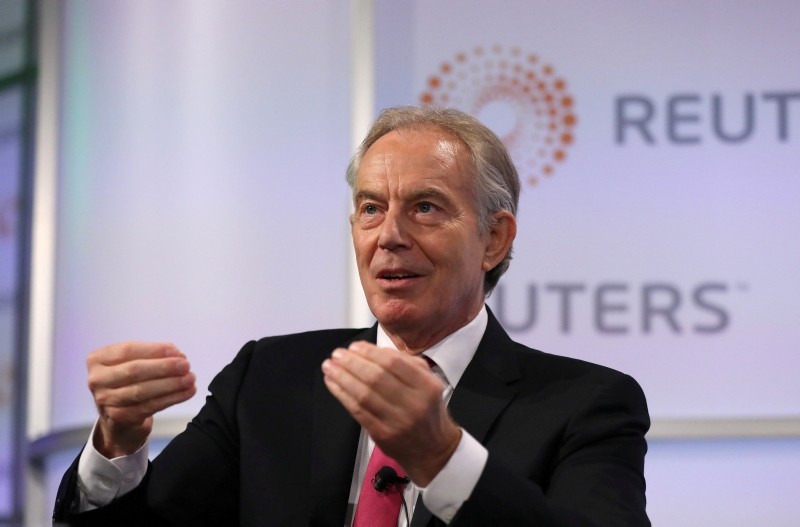 The United Kingdom should call a referendum to allow voters to choose between a no-deal Brexit and staying in a reformed European Union as British politics is deadlocked over the issue, former Prime Minister Tony Blair said on Thursday.

Less than six months before the United Kingdom's exit from the European Union, there is little clarity about how the world's fifth largest economy and its preeminent international financial center will trade with the EU after Brexit.

If Prime Minister Theresa May can strike a deal with the EU, she has to get it approved by the British parliament, which is deeply divided over Brexit.

Some members of her ruling Conservative Party are unhappy about the Brexit proposals she has made, and the main opposition Labour Party has indicated it is likely to vote down any deal May brings back.

Blair, a former Labour prime minister, said he did not expect May to be able to get a deal through parliament so the country should be offered a new vote.

"It really is difficult... The alternatives are all worse because if you do get to a blockage in parliament that is what opens up the possibility of going back to the people," Blair, who was premier from 1997 to 2007, told a Reuters newsmaker in London.

Both opponents and supporters of Brexit agree that the divorce is Britain's most significant geopolitical move since World War Two, though they cast vastly different futures for the $2.9 trillion UK economy and the world's biggest trading bloc.

Blair has repeatedly called for reversing Brexit, echoing other critics such as French President Emmanuel Macron and billionaire investor George Soros, who have suggested that Britain could still change its mind.

Blair said that if Brexit did happen, the economic dislocation would be such that the United Kingdom would have to pitch to investors that it would be the best place in the world to do business.