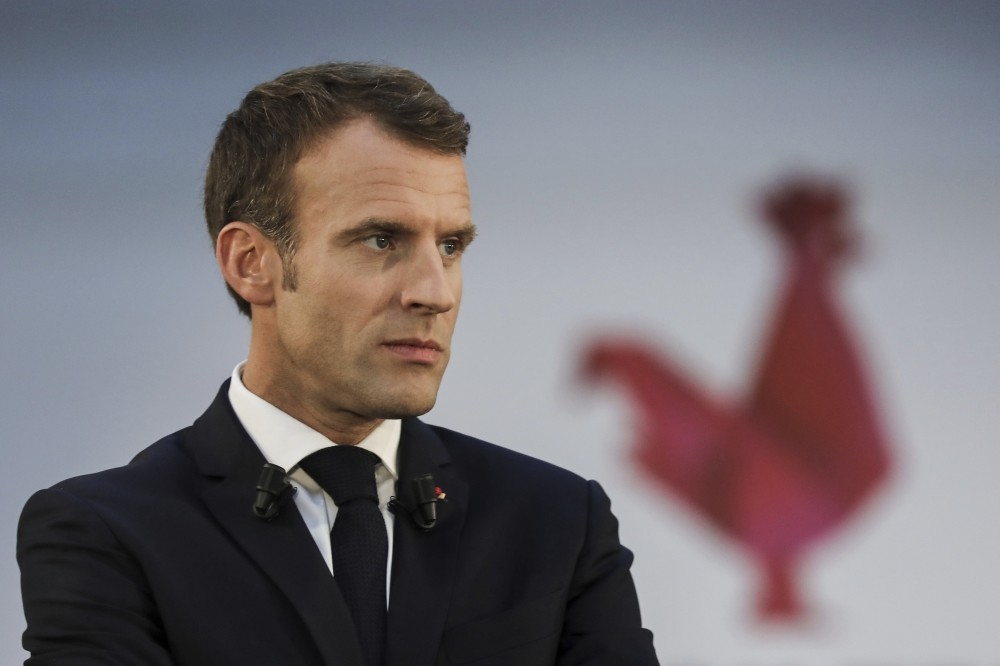 French President Emmanuel Macron put off a government reshuffle yesterday, raising new questions about the depth of political experience in his party and his own ability to keep his administration on track after several resignations.

The president and his prime minister have been weighing the reshuffle for a week following the departure of three ministers since late August, including interior minister and early Macron backer Gerard Collomb. The resignations have challenged the president's authority and stalled his reform ambitions.

Macron, 40, faces multiple challenges in carrying out a significant revamp. Not only must he try to maintain the left-right balance that he made a hallmark of his centrist movement, but also find strong candidates from among a relatively shallow and inexperienced pool of loyalists.

"The president wishes to take all the time necessary to draw up a team in a calm and professional way," the Elysée Palace said in a statement announcing the reshuffle's delay, as reported by Reuters.

Government spokesman Benjamin Griveaux, a member of Macron's inner circle, said there was no reason to conclude that the administration was in disarray after the ministerial departures. "Those who took the decision to leave did so for personal reasons," Griveaux said, underscoring that Macron and his prime minister saw eye-to-eye on the way forward.Ministers had been expecting the rejig before a cabinet meeting yesterday morning. But in the event, the Elysée said it would not happen until after Macron returns from a visit to Armenia late on Friday.

Macron also faces problems in the months ahead in form of public opposition to his plans for changes to the pension and unemployment benefits systems. His presidency was hit by nation-wide protests on Tuesday as the unrest over social reforms grows in the country. Around 20,000 people turned out in Paris, the largest of some 100 rallies across the country. Marchers, mainly young people, some of them school age, carried banners saying they had had enough of "austerity, unemployment," while the elderly also turned out to voice their disapproval of pensions policy, Agence France-Presse (AFP) reported.

Pascal Pavageau, the leader of the Force Ouvriere union, urged the government to engage in "dialogue and above all maintain the social model," as Macron battles sagging popularity on the back of sweeping reforms notably of the labor code designed to bring greater flexibility to the jobs market.

Macron's popularity has sunk in recent months, falling to below 30 percent, as frustration has welled up over a leader many voters see as arrogant and the architect of policies that favor the wealthy. That is lower than his predecessor Francois Hollande at the same stage in the socialist's presidency. Hollande went on to become so unpopular he was the first president in France's Fifth Republic not to run for re-election. Impatience has also grown with the sluggish pace of economic growth and job creation.