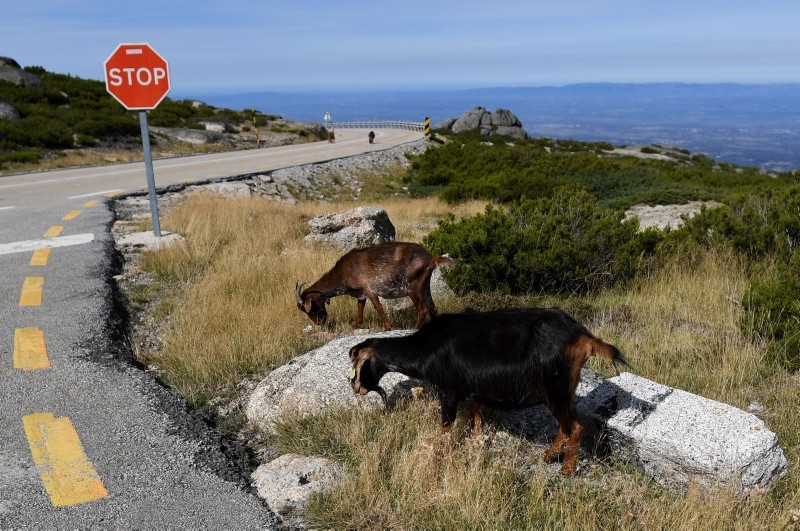 Fernando Moura and his herd may not look like heroes but the Portuguese farmer and his 370 goats are the latest recruits in the country's battle against summer forest fires.

Hoping to contain wildfires that threaten its mountains each year, Portugal's government has hired goats to munch through undergrowth and create natural, cost-effective fire barriers.

More than 100 people were killed in the country's wildfires last year, prompting criticism from firefighters over a lack of government coordination.

Moura's four-legged brigade are part of a pilot project, started earlier this year, to clear combustible scrubland from some of Portugal's major mountain ranges.

Authorities hope the firefighting goats will help stop blazes spreading from one forest to another and better contain any fires.

"In the past we never used to have such massive fires like today. We used to have thousands of animals cleaning up by grazing and there were hundreds of herders like me," Moura told French Press Agency (AFP).

"Now I am almost the last." 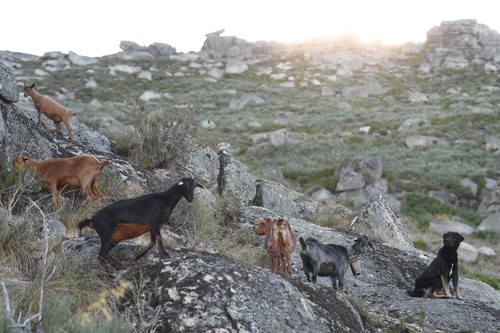 For the next five years, Moura and his goats have one mission — to roam across the slopes of the central Serra da Estrela range and clear around 50 hectares (123.5 acres) of scrubland to create the natural firewalls.

Around 40 goat herders are taking part across the country in the initiative, which is expected to show results quickly although officials say a full evaluation of its efficiency will only come at the end of its five year-run.

Better able to access remote, rocky areas, goats may be more effective than men in bulldozers on the mountain slopes.

"It's the most natural and cost-effective method," said Antonio Borges, head of Portugal's Institute for Nature Conservation and Forests, or ICNF.

At dawn, every day of the year, Moura looks out on the slopes and ridges of the Serra da Estrela national park, one of the highest peaks on the Portuguese mainland.

Thick walking stick in hand, the 49-year-old herder appears as quick and sure in step as his herd as he cajoles the animals with whistles perfected over a lifetime on the mountainside.

For his work, Moura gets paid 125 euros ($144) for each hectare cleared in the first year, and 25 euros per hectare for each of the following four years. A small supplement comes from goat milk cheese and meat.

In Portugal's hilly interior regions, many residents have left for lives elsewhere. Only the elderly remain in some villages, leaving abandoned fields easy prey for flames.

"There is a lot of wild vegetation left around our villages," Moura said, perched on a huge granite outcrop overlooking the slopes. 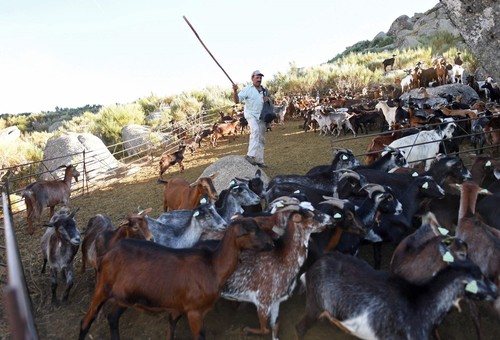 After last year's fatal wildfires, this summer was calmer, with significantly fewer fires started, burned surfaces reduced by 60 percent from the average of the last 10 years and no deaths.

"New initiatives for forest management will take decades to produce results. It's a long-term task."

For Moura and his herd, the day's work ends at sunset, when the goats are left with his sheep dogs in an enclosure set among the imposing mountains, while Moura returns to his village in the valley with the goats' milk for his wife to make cheese.

Next morning, he's up again early and headed back to the slopes for what for him is a labor of love.

"My goats, I really like them. It's me who created this herd," he said. "I tried once working in a factory. But it wasn't for me. I could never abandon my goats."