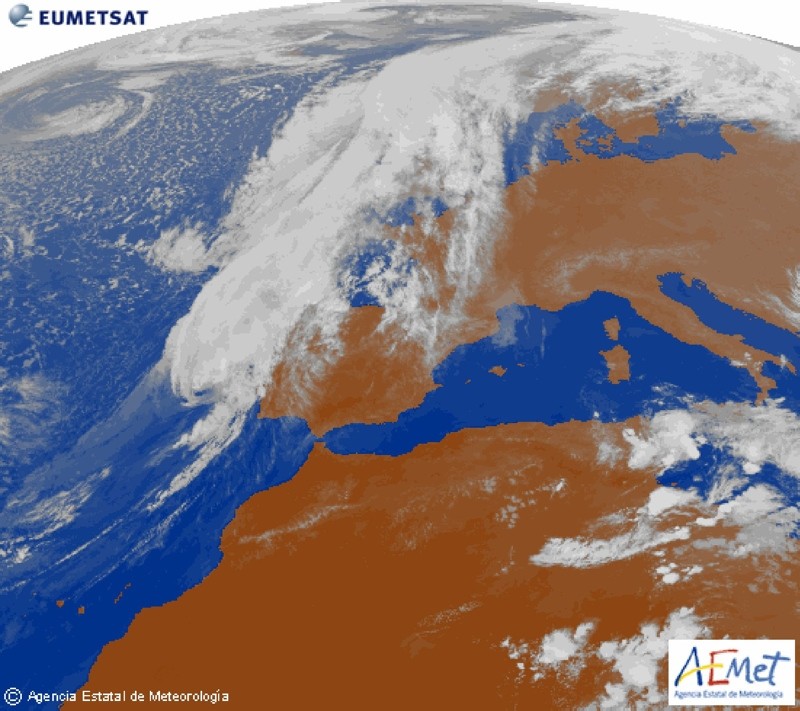 Hurricane Leslie churned across the Atlantic Ocean on Saturday heading toward Portugal and Spain, with forecasters saying the storm will bring heavy rain, high winds and dangerous surf to western parts of the Iberian Peninsula.

Forecasters said sections of Portugal will see near hurricane-force winds, while parts of western Spain are expected to be hit with tropical storm-force winds.

Portugal's weather service issued red warnings — its highest level — for high winds or dangerous coastal conditions for 13 of its 18 mainland districts, including Lisbon, where it said the storm's effects will start to be felt around 6 p.m. Leslie could be the fiercest storm to hit the country since 1842.

A tropical storm warning was discontinued for the Madeira archipelago.

The weather service warned that gusting winds could potentially reach speeds of 190 kph (118 mph) along the Portuguese coast overnight and early Sunday. Luis Belo Costa of Portugal's National Protection Agency recommended that people "avoid at all costs walking on the street."

Leslie is still expected to generate ocean swells that will affect Madeira, the Azores and the Canary Islands throughout the weekend, in addition to the Atlantic coasts of Spain, Portugal and Morocco. Forecasters said the swells are likely to bring "life-threatening surf and rip current conditions."

Leslie is a bit of a weather outlier, since hurricanes that regularly batter the American side of the Atlantic rarely bring their destructive force across to Europe.

Meteorological records indicate that only five hurricanes have ever arrived in this part of the Atlantic Ocean, and Leslie could turn out to be the fiercest storm to hit Portugal since 1842. Global weather forecasting site AccuWeather has dubbed Leslie a "zombie hurricane" as it first formed on September 23 "and has been meandering the waters of the Atlantic Ocean for weeks."

Over the past 176 years, only Hurricane Vince has made landfall on the Iberian peninsula, hitting southern Spain in 2005, according to weather records cited by experts.

In October 2017, strong winds from Hurricane Ophelia, which traveled north off the coast of Portugal and western Spain, fed forest fires that killed around 40 people during a heatwave.

Ophelia then made landfall in Ireland as a violent storm, killing three people.

While Leslie is likely to be downgraded to storm category when it hits western Spain on Sunday, authorities still warned that it could cause damage as it adds on to other active weather fronts.

Spain's civil protection agency said storms in the south and east of the country could be "very strong locally" and that heavy rain was expected in the north and east.