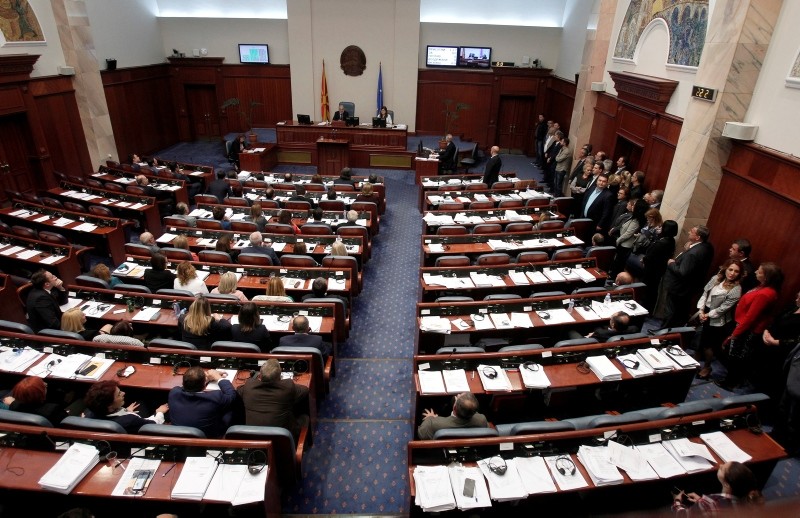 Lawmakers in Macedonia on Friday backed a landmark proposal to amend the constitution, allowing the country to change its name and join NATO.

After the session was delayed for more than 10 hours, Parliament voted in favor of the proposal a key step in accepting the deal struck with neighbor Greece in June.

With strong backing from Western leaders, Zaev is leading a campaign to rename the country North Macedonia, resolving a longstanding dispute with neighbor Greece that will allow the country to join NATO.

Conservatives in Macedonia vehemently oppose the name change and boycotted a referendum last month on the issue.

Igor Janushev, secretary general of the opposition VMRO-DPMNE party, said conservative lawmakers had endured a campaign of "political intimidation" ahead of the vote and claimed that three lawmakers had been offered bribes of between 250,000 and 2 million euros.

The government rejected the allegations and said it would respond with legal action.

Following Friday's vote, the amendment process must formally start within the next two weeks.

Zaev would have been forced to call an early election if the government had lost the vote.

The name-change would end a 27-year dispute with Greece, which claims its neighbor's current name implies claims on its own adjoining province of Macedonia, and on ancient Greek heritage.

Athens has said it will block Macedonia's accession to NATO and the European Union unless it goes ahead with the constitutional amendments. Western officials strongly back the deal, which would reduce Russian influence in the Balkans.

After the vote, Greek Prime Minister Alexis Tsipras Tweeted in English: "Congratulations my friend ZoranZaev! Tonight's vote is a big step towards our common success. A very important step to a peaceful and prosperous future for our people!"