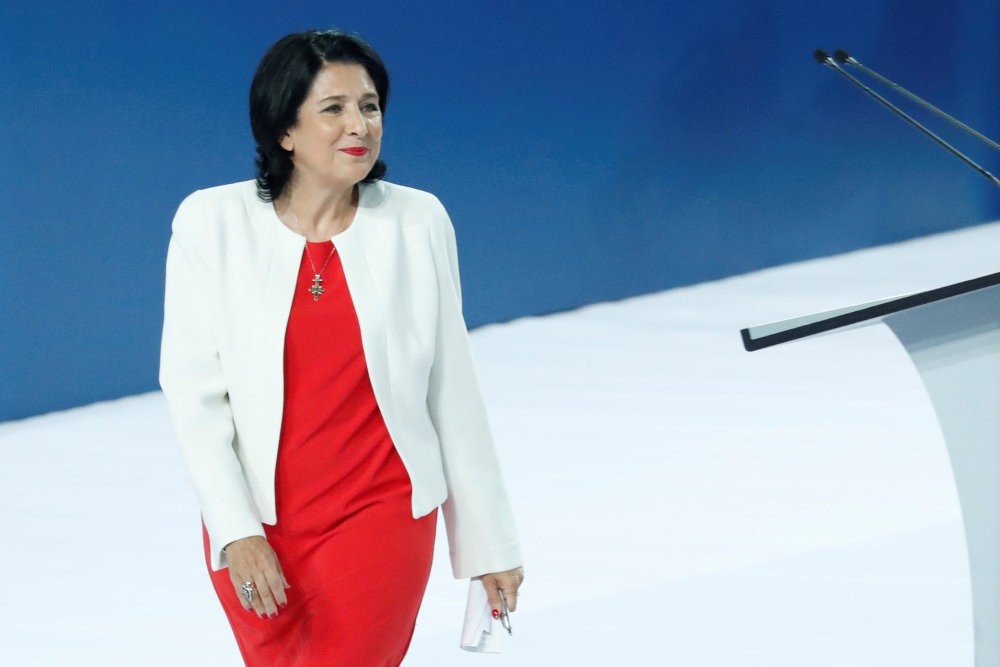 Ahead of Sunday's election, criticism grows over Georgia's female presidential candidate Salome Zurabishvili's language skills as her opponents have launched a ‘chili pepper challenge' to protest her candidacy

A former French ambassador is one of two frontrunners to become the next president of Georgia in an election on Sunday, despite critics protesting on social media while questioning her language skills.

While critics have questioned the French-born frontrunner's command of the Georgian language, some of her opponents kicked off a chili pepper challenge on social media, stating that they would eat a hot chili rather than see her elected president.

Salome Zurabishvili, 66, was born into a family of Georgian émigrés in France and did not visit Georgia until 1986 when she was in her 30s. She was appointed France's ambassador to the ex-Soviet nation in 2003 but was poached soon afterwards by Georgia's then-President Mikheil Saakashvili to become his foreign minister. The president granted her Georgian citizenship to allow her to take up the post, but sacked her in 2005. She then set up her own political party, Georgia's Way, which she led until 2010 before temporarily quitting Georgian politics and returning to France.

Elected to Georgia's parliament in 2016 as an independent, Zurabishvili's chances of winning on Sunday are helped by the backing of the ruling Georgian Dream Party, controlled by Bidzina Ivanishvili, the country's richest man, whose critics say rules it from behind the scenes.

Polls currently indicate that a second run-off election is likely to take place between the two strongest candidates, as is required in the Georgian system if none are able to receive at least half the vote in the initial ballot. Starting in 2023, presidents in Georgia are to be elected by the country's parliament, according to the latest amendment to the constitution.

The Georgian presidency has become a largely figurehead post as many of its executive powers have been transferred to the country's prime minister over the last few years. But the job still carries political influence and its holder helps to shape Georgia's image abroad. Sunday's presidential vote is also seen as a vote of confidence in the current government ahead of parliamentary elections in 2020.

The South Caucasus country of 3.7 million people is Washington's strategic ally in the region and hopes to eventually join the European Union and NATO. Pipelines carrying Caspian oil and gas to Europe run across its territory. Zurabishvili's main rival is Grigol Vashadze, 60, running on behalf of a new platform of 11 opposition parties led by ex-president Saakashvili's United National Movement (UNM). Vashadze is also a former foreign minister, a role he held from 2008 until 2012. Opinion polls put him or Zurabishvili in front of the other 23 contenders. Zurabishvili has been heavily criticized during the election campaign for saying the country's brief 2008 war with Russia happened because "we yielded to Russia's provocation."