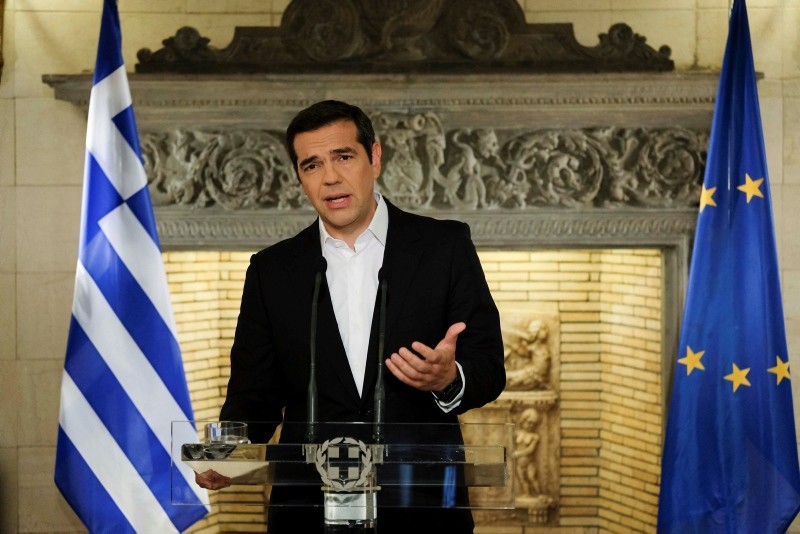 Greek Prime Minister Alexis Tsipras said Tuesday that it was time for Greece to clearly outline the religious neutrality of the state within the constitution.

Addressing the general assembly of his ruling left-wing SYRIZA party, Tsipras unveiled his plans to reform the constitution to determine the relationship between the Orthodox Church and the Greek state.

The trust of the citizens in the political system should be restored through more steps towards democracy, Tsipras said. "It is time to take more radical and more out-of-the-box steps at a time when the country is turning a new page," he added.

The prime minister stressed that a national committee on constitutional reform established in 2016 has been reviewing the proposals and ideas on this issue.

"I assume the state, the political world, the citizens, the church and believers have all reached the maturity that would lead them to logic and sensitivity to accept the rationalization of these relations," Tsipras said.

Tsipras said the Orthodox Church would also find this step suitable and it would be an important step to modernize and liberalize the Constitution. "We approach this dialogue with this understanding, as Archbishop Ieronymos, whom with we share mutual respect, is also of the same opinion on this," he noted. Archbishop Ieronymos II is the current head of the Church of Greece.

Article 3 of the Greek constitution defines the Eastern Orthodox Church of Christ as the "prevailing religion in Greece," in addition to defining its relations with the Fener Greek Orthodox Patriarchate in Istanbul, the highest authority in the Orthodox world. Although the following articles express religious freedom for all faiths, minority groups, especially the Muslim-Turkish minority in western Thrace, they also often express discrimination.

The constitutional reform proposed by SYRIZA also covers issues such as the immunity of government members and directly electing the president if Parliament fails to do so in three rounds.

Tsipras previously sent a letter to party leaders in Parliament to give feedback and offers on the constitutional reform.