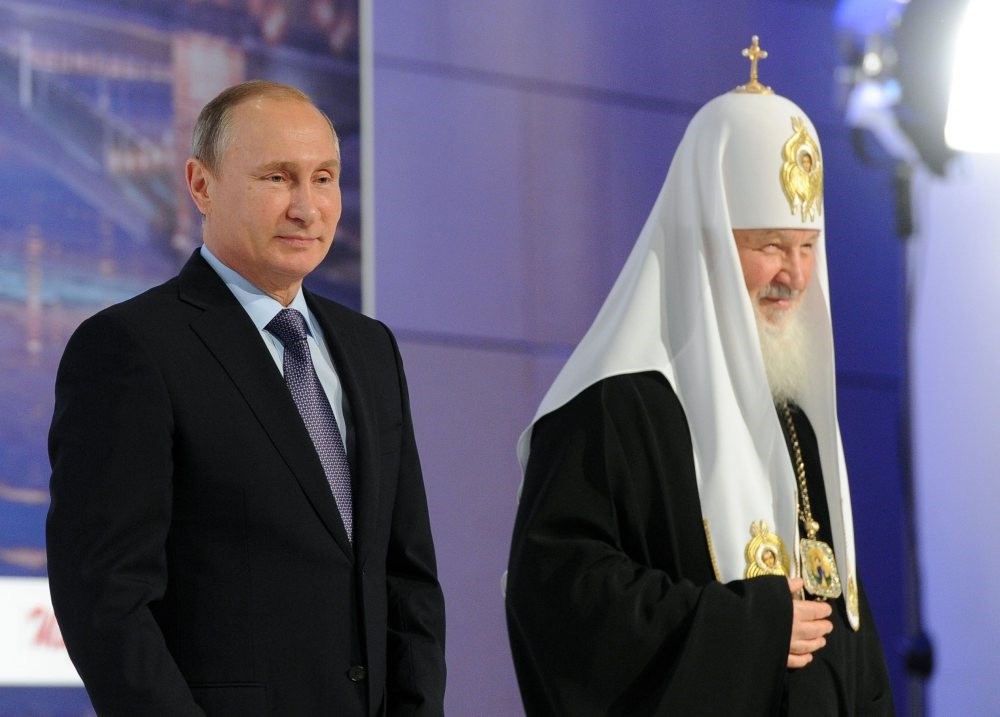 Russian President Vladimir Putin yesterday warned of "the most serious consequences" over splits in the Orthodox church after Ukraine was granted the right to form an independent church, enraging Russia. For the first time, Putin commented on the unprecedented religious feud that saw the Russian Orthodox Church break ties with the Fener Greek Orthodox Patriarchate of Istanbul.

"I want to stress one thing: politicking such a sensitive sphere always leads to the most serious consequences, especially for those who do it," he said, speaking at a forum gathering representatives of the Russian diaspora in Moscow, as reported by Agence France-Presse (AFP).

Putin, who has overseen the growing authority of the Orthodox church in Russia and who has close ties to Russian Patriarch Kirill, said there are "attempts to break the bonds" between the Russian church and believers abroad. "Our common duty, above all for the people, is to preserve spiritual and historical unity," he added.

Under the leadership of Ecumenical Patriarch Bartholomew I, the patriarchate ruled to grant autocephaly, or independence, to the Ukrainian Church, a move Russia has long campaigned against. The decision ended more than 300 years of Moscow's control over Orthodox churches in Ukraine and affects millions of believers in Russia and Ukraine. Patriarch Kirill refused to recognize the decision, blasting the Istanbul Patriarchate as "schismatic" and accusing it of "violating all rules."

Ecumenical Patriarch Bartholomew I has honorary and historical primacy over the other patriarchs of the Orthodox world. He is considered to be first among equals: he does not have the right to intervene in the religious affairs of other Orthodox churches, but has a spiritual and official precedence. The religious role of Istanbul, dates back to the Emperor Constantine who in 313 AD made Christianity the official religion of the Byzantine Empire. Over the centuries, however, the patriarchate of Moscow, has taken the upper hand in the Orthodox world. Patriarch Kirill is an ally of President Vladimir Putin, who he has described it as "a miracle of God."

In the biggest split in modern Orthodox history, the Russian Orthodox Church decided to sever all relations with the Istanbul-based Ecumenical Patriarchate in protest over its endorsement of Ukraine's request for an independent church. The religious schism between the Istanbul Patriarchate and Moscow Church marked an important new facet for the rift between Russia and Ukraine, who have become bitter enemies since the annexation of Crimea.

Since Moscow's annexation of the Crimean peninsula in 2014 and the ensuing conflict with pro-Russia separatists in east Ukraine, Kiev has been wary of the influence of the Moscow Patriarch Kirill, who is an avid supporter of Kremlin's policies. Ukraine's government had lobbied strongly for autocephaly as part of a larger break from Russian influence. The issue has played a key role in Ukraine's March 2019 presidential elections, with incumbent President Petro Poroshenko making independence from the Russian Orthodox Church a key issue as he plans a re-election bid.