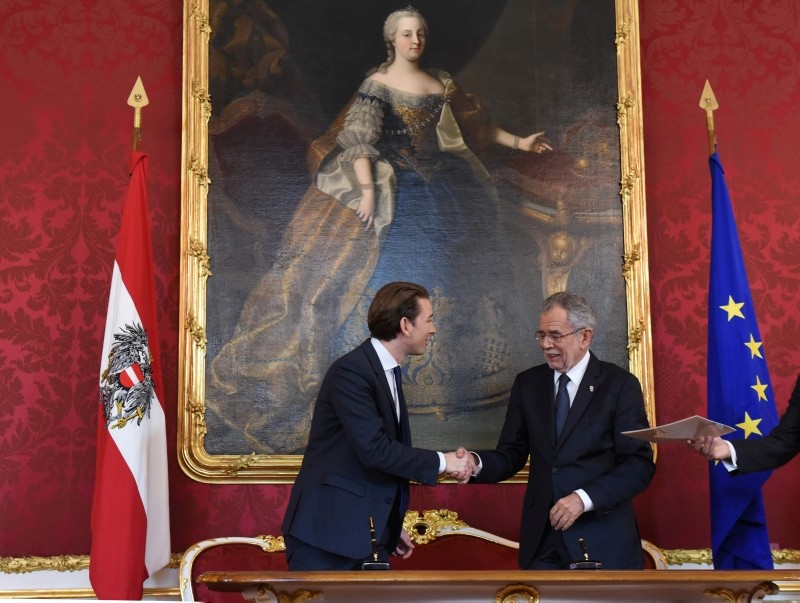 Chancellor Sebastian Kurz, the leader of the conservative Austrian People's Party (OVP) and immigration hard-liner who governs in coalition with the far-right Freedom Party (FPO), said in a statement last Wednesday that Austria will not join the U.N. Global Compact for Migration, following in the footsteps of the U.S. and Hungary.

Van der Bellen, who was elected to the post as an independent candidate backed by the Greens, said Saturday that opting out of the migration pact will harm Austria's international prestige, adding: "I very much hope that the Austrian Federal Government use all means to avert the impending loss of the reputation and credibility of Austria on an international level." The president also reminded that Austria is currently the term president of the Council of the European Union.

Meanwhile, Kurz defended the government's decision, saying that the pact would risk restricting Austria's sovereignty and would have prospective legal sanctions. He added that the pact's wording does not discriminate between a migrant who needs aid and another one who seeks a better life.

In September 2016, all 193 U.N. member states, including the U.S. under President Barack Obama, adopted a declaration saying no country can manage international migration on its own and agreed to launch a process leading to the adoption of a global compact in 2018. But last December, the U.S. said it was ending its participation in negotiations on the compact, stating that numerous provisions were "inconsistent with U.S. immigration and refugee policies" under President Donald Trump.

Austria became the fourth country after the U.S., Hungary and Australia to reject the pact. Officials from Poland and Czech Republic also signaled that they might not sign it.

The compact has 23 objectives that seek to boost cooperation to manage migration and numerous actions ranging from technical issues like the portability of earnings by migrant workers to reducing the detention of migrants.

The pact will be adopted in a conference in Marrakech, Morocco on Dec. 10 and 11. It will later be voted during the U.N. General Assembly meetings in Sept. 2019.