'Boring can be good,' says Swiss president in jab at turbulent Trump and Brexit uncertainty 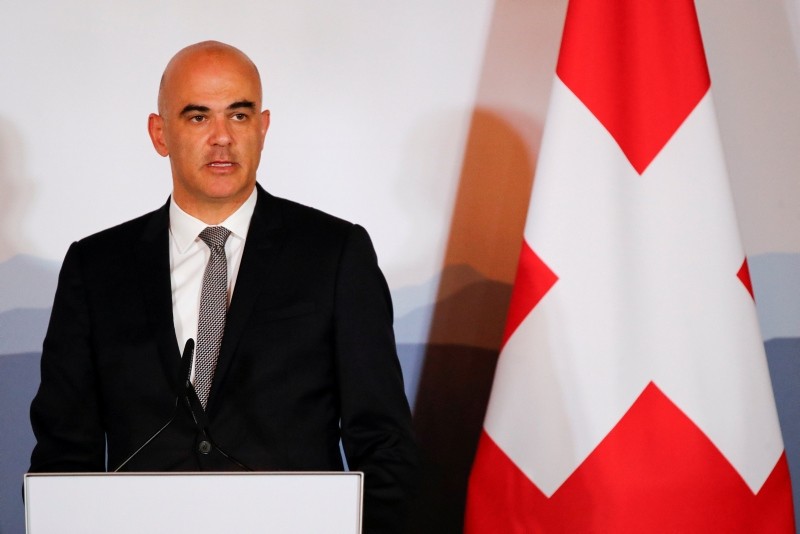 It's good to be boring in these uncertain times, Switzerland's president said on Monday, in a light-hearted swipe at U.S. President Donald Trump and Britain's Brexit referendum.

Alain Berset, speaking at a lunch hosted by the Swiss Foreign Correspondents' Association, said the Swiss political system was hard for foreigners to get to grips with.

"A president who can't take decisions on his own, and who only holds office for a year? Okay, to some of you that might actually sound like a really good idea," said Berset, barely a household name in his own country thanks to the Swiss system of rotating the presidency among government ministers.

Switzerland's system of direct democracy means it votes on "pretty much everything," he said, with dates in the diary for the next 64 votes and elections up until 2034.

"I'm not sure whether you can even get that across to your readers at home. Apparently there are countries where just one referendum is enough to plunge the country into years of uncertainty and chaos," he said. "Fortunately we in Switzerland have already sorted out our relationship with the EU."

In a survey of cities with the best quality of life, British broadcaster the BBC called Zurich "boring" and Geneva "deadly dull", Berset said.

"Of course you know Switzerland better than that. We work very hard to be that boring," he joked. "This kind of insult is music to our ears. Boring can be good," he said, citing stability, continuity and reliability.

U.S. Ambassador Ed McMullen said Berset's remarks were taken in good humor. "I don't think he was making a jab at anyone. He was joking," McMullen said. "It was a point about Swiss presidencies and how ironic it is that they change theirs every year. Some like that, some don't."