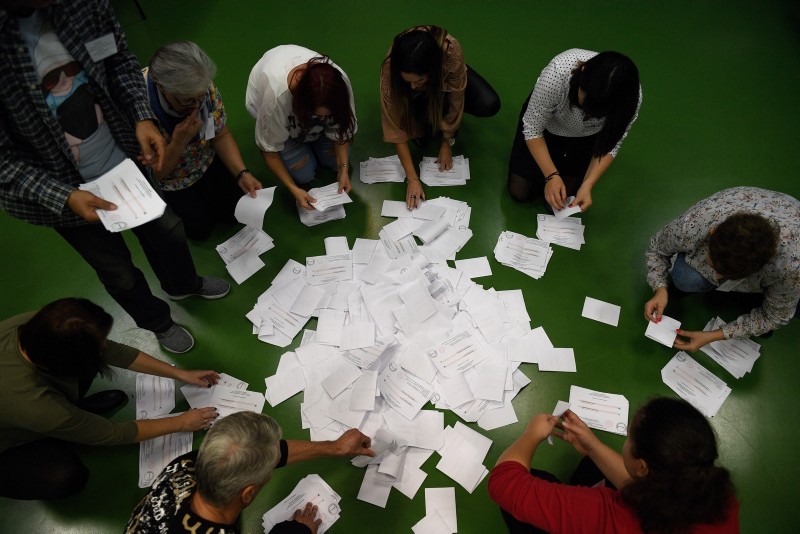 Poland's populist ruling party has suffered a blow in the country's mayoral races, with early results showing it failing to win control of any of the nation's largest cities.

Final results from Sunday's local runoff elections are expected Monday afternoon. But preliminary results show that in 107 of the country's cities and largest towns, the ruling Law and Justice (PiS) party is expected to win only six mayor's seats, the largest of which is Zamosc, population 65,000.

It is a sign that Law and Justice, while still popular with its conservative rural base after winning a national election in 2015, struggles to find support in urban areas despite a booming economy and cash handouts to families.

For now, the ruling party seems unlikely to win the super majority in the parliament that it seeks in Poland's national elections in 2019 in order to change the constitution.

In the first round of local voting on Oct. 21, an opposition coalition led by the centrist Civic Platform won outright in the capital, Warsaw, and in other key cities including Wroclaw, Poznan and Lodz.

In Sunday's runoff races, Poles chose the mayors of 649 cities, towns and local municipalities across the central European nation of 37 million people, handing landslide victories to opposition politicians in other prestigious cities, including Krakow, Gdansk and Kielce.

Polish media described the results as a clear defeat for Law and Justice, and the opposition was celebrating Monday. Ruling party leaders, meanwhile, sought to keep the focus on the party's strong showing in Poland's regional assemblies two weeks ago.

Law and Justice "won the local elections of 2018," the deputy culture minister, Jaroslaw Sellin, told TVN24. "It won them like nobody has managed to do yet."

The mayoral results, however, clearly confirmed the strong opposition of urban Poles to the PiS, which has been accused of violating democratic standards with attempts to take control of the courts and turn public media into a party propaganda tool. The PiS government has also been in almost constant conflict with the European Union over democratic standards.

The results in Poland's mayoral races have proven a huge boost to Civic Platform and other opposition parties. However, many analysts warned that their support actually comes from votes against the ruling party and that if they want a chance of governing the country they will need to increase their appeal. The opposition's defeat in some places to independent candidates seemed to reflect their vulnerability.

On one side are the urban, liberal Poles who feel that the ruling populists are destroying their country's hard-won democracy. On the other are conservatives — often older, rural and less educated — who appreciate the ruling party's attempts to preserve traditional Catholic values and resist what they feel are corrupting influences from Western Europe.