'Europe United' must be answer to Trump's 'America First', says German FM after US midterms 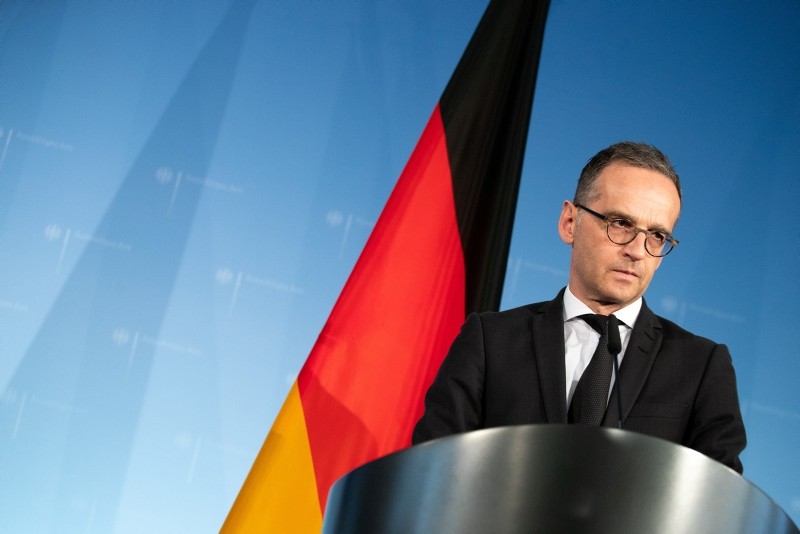 Minister of Foreign Affairs Heiko Maas speaks during a joint press conference with the Secretary General of the Council of Europe, Thorbjorn Jagland (unseen) in Berlin, November 6, 2018. (EPA Photo)
by Compiled from Wire Services Nov 07, 2018 12:00 am

He said he expected U.S. Democrats, who in Tuesday's midterm elections won control of the U.S. House of Representatives, to use their newfound power to more heavily influence Trump's policies.

"We'll see to what extent that has an impact. We hope that this cooperation will be constructive and lead to constructive results in international politics," Maas said.

In a tweet later in the day, Maas also said it would be wrong to expect a policy change from Trump after the midterms.

"The United States remains our most important partner outside of Europe. We need to reassess and align our relations with the United States to maintain this partnership," he said.

Trump's criticisms of the EU, including praise for Britain's decision to leave the bloc, his policies in the Middle East and threats of a trade war against the Union, worry EU leaders.

Commission President Juncker secured a deal with Trump in July to stave off new U.S. tariffs on EU goods, but relations remain tense. However, losing control of the House may undermine Trump's ability to push through some of his trade policies.