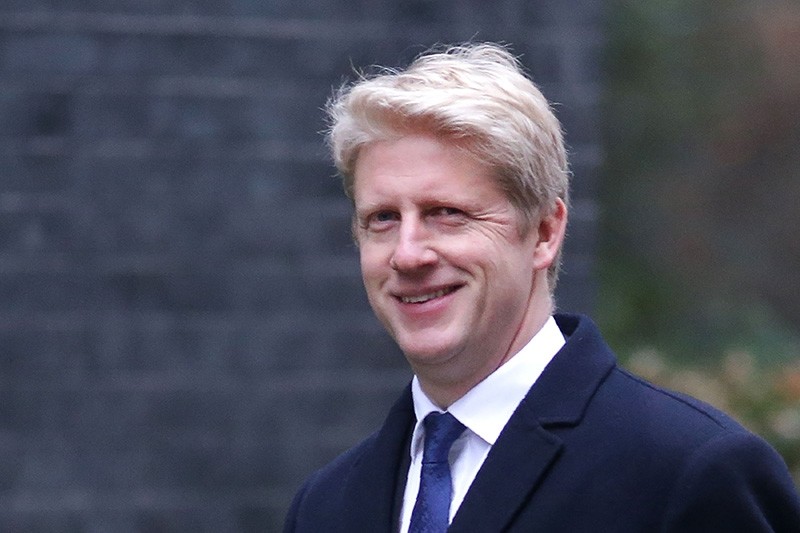 In this file photo taken on January 9, 2018 Conservative party MP Jo Johnson leaves 10 Downing street in central London after the first cabinet meeting of the new year following a reshuffle on Jan. 9, 2018. (AFP Photo)
by Compiled from Wire Services Nov 09, 2018 12:00 am

Britain's transport minister Jo Johnson on Friday resigned from Prime Minister Theresa May's government in opposition to a looming Brexit deal and called for a second referendum on leaving the EU.

"It has become increasingly clear to me that the withdrawal agreement, which is being finalised... even as I write, will be a terrible mistake," he wrote in a stinging resignation statement.

"Brexit has divided the country. It has divided political parties. And it has divided families too," he wrote, adding that the current proposal "won't be anything like what was promised two years ago."

Johnson -- who had backed staying in the EU in the 2016 referendum -- is the younger brother of Boris Johnson, who spearheaded the pro-Brexit campaign and quit as foreign secretary in July over May's Brexit blueprint.

"My brother Boris, who led the leave campaign, is as unhappy with the Government's proposals as I am. Indeed he recently observed that the proposed arrangements were 'substantially worse than staying in the EU'. On that he is unquestionably right. If these negotiations have achieved little else, they have at least united us in fraternal dismay," he said.

Johnson said "Britain stands on the brink of the greatest crisis since the Second World War."

"Given that the reality of Brexit has turned out to be so far from what was once promised, the democratic thing to do is to give the public the final say," he added.

A spokesperson for May's office said later Friday that under no circumstances would a second referendum be held.

"The referendum in 2016 was the biggest democratic exercise in this country's history," the spokesman said. "We will not under any circumstances have a second referendum."