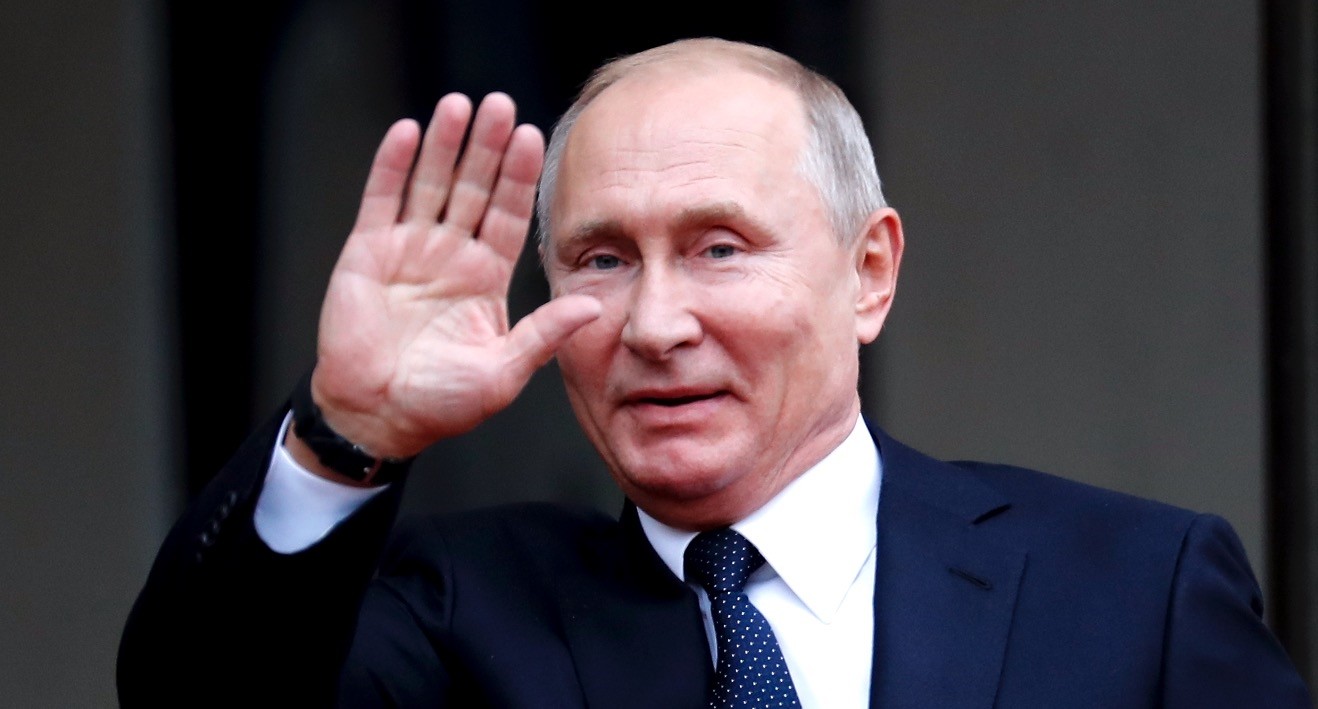 Russian President Vladimir Putin arrives for the official lunch following the international ceremony for the Centenary of the WWI Armistice, Paris, Nov. 11.
by Compiled from Wire Services Nov 12, 2018 12:00 am

Russian President Vladimir Putin praises the possible formation of European army after the row between the U.S. President Trump and French President Macron

Russian President Vladimir Putin said yesterday it made sense for a powerful economic bloc like the European Union to want to defend itself militarily. The comments came after U.S. President Donald Trump fired off a tweet as he arrived in Paris on Friday in which he described a call by French President Emmanuel Macron for a European army as "very insulting."

Trump had taken a dim view of comments Macron made in a Europe 1 radio interview this week in which he appeared to cast the United States as a threat.

Discussing the growing danger from cyber-hacking, outside meddling in electoral processes and the U.S. decision to withdraw from a missile treaty, Macron said Europe needed to protect against China, Russia "and even the United States."

Later in the same interview he spoke of the need for a European army, saying: "Faced by Russia, which is on our borders and which has shown that it can be threatening... we need to have a Europe that can better defend itself by itself, without depending solely on the United States."

After they met on Saturday, Trump and Macron sought to paper over any differences, saying they agreed on the need for Europe to spend more on defense.

Macron, who has pushed for a joint EU military force since his arrival in power last year, said Europe needed to reduce its dependence on American might, not least after U.S. President Donald Trump announced he was pulling out of a Cold War-era nuclear treaty.

The EU launched a joint multi-billion-euro defense fund last December designed to develop Europe's military capacities and make the continent more strategically independent. France has also spearheaded the creation of a nine-country force designed to be capable of rapidly mounting a joint military operation, an evacuation from a war zone or providing aid in a natural disaster.

Europe should not spend higher defense budgets on U.S.-made weapons, Macron also said in an interview yesterday. Macron had last month criticized Belgium's decision to buy US-made F-35 fighter jets instead of European planes, saying it "goes against European interests."U.S. President Donald Trump's "America first" policy and his conflicting statements on NATO and the European Union, as well as what he sees as Europe's underfunded militaries, have prompted the bloc to consider much closer EU defense coordination. Britain's imminent departure from the European Union has also given impetus to the bloc's plans, both because London blocked EU defense cooperation for years and also as the bloc compensates for the loss of the EU's highest-spending military power. However, the bloc still insists that the U.S.-led NATO alliance remains responsible for defending Europe, while France is seeking to keep Britain close to EU military structures through a French-led crisis response force launched by nine European countries.