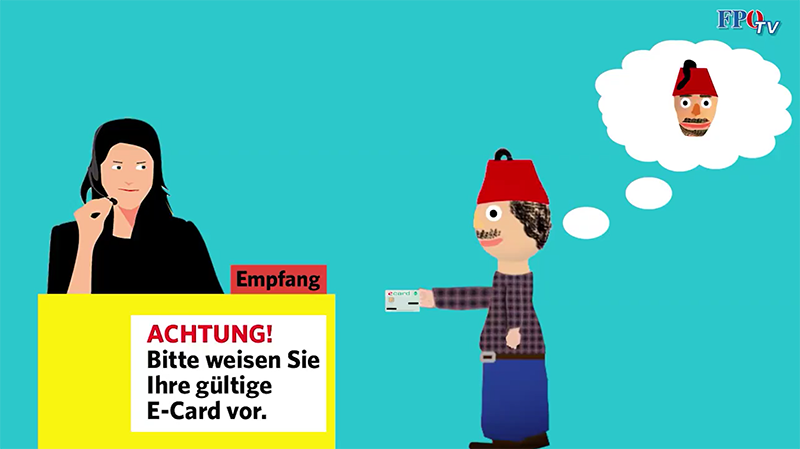 A video shared by Austria's anti-migration far-right Freedom Party (FPO) that explicitly portrayed Muslims and Turks as scammers has triggered widespread reaction from Austrian citizens and organizations, with politicians calling on the chancellor to respond.

The 39-second video provided information about new insurance cards with photo ID to be rolled out in 2019. A cartoon man named Ali, who has a mustache and wears a red fez — men's headwear native to North Africa and usually associated with Turks due to its use in the Ottoman Empire beginning in the 19th century — tries to use his cousin Mustafa's health card to gain access to the dentist. The commercial said the new health system will prevent scamming thanks to the photograph of the card holder being included on the card.

The video, which quickly spread on social media, was a blatant racist attack on the country's Muslim and Turkish minorities, prompting some citizens to file criminal complaints at local police stations.

Other opposition parties, as well as the country's well-known journalist Armin Wolf, also spoke out in condemnation of the video.

FPO later removed the racist images from its site and social media platforms.

Kurz, who leads the center-right People's Party (OeVP), became chancellor in December in a coalition with the anti-migration and far-right FPO. Both the OVP and the FPO have pursued Islamophobic policies against Muslim immigrants and citizens, including closing mosques and expelling imams during their time in power.