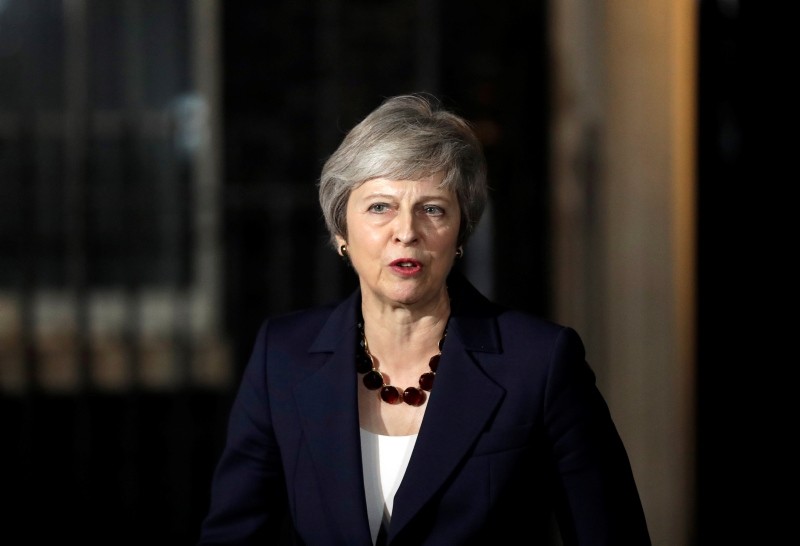 British Prime Minister Theresa May said on Wednesday that cabinet had backed her Brexit plan, adding it was in the national interest but that there would be difficult days ahead.

"The collective decision of cabinet was that the government should agree the draft withdrawal agreement and the outline political declaration," May said outside her Downing Street residence after a five-hour cabinet meeting.

"I firmly believe with my head and my heart that this is a decision in the best interests of the entire United Kingdom."

It was not immediately clear whether any ministers had resigned over the deal, which May hopes will satisfy both Brexit voters and EU supporters by ensuring close ties with the bloc after Britain leaves on March 29.

But May, the weakest British leader in a generation, now faces the ordeal of trying to push her deal through a vote in the British parliament, where opponents lined up to castigate the agreement, even before reading it.

It is not yet clear when parliament might vote on a deal. To get it approved, May needs the votes of about 320 of parliament's 650 lawmakers.

The European Commission has published the draft text of the Brexit divorce deal, which runs to 585 pages.

It includes provisions to establish "a single customs territory between the [European] Union and the United Kingdom" until there is an agreement on the future relationship, as well as additional provisions to ensure a level playing field between both sides.

The ultimate outcome for the United Kingdom remains uncertain: scenarios range from a calm divorce to rejection of May's deal, potentially sinking her premiership and leaving the bloc with no agreement, or another referendum.

May, an initial opponent of Brexit who won the top job in the turmoil following the referendum, has staked her future on a deal that she hopes will solve the Brexit riddle: leaving the EU while preserving the closest possible ties.

But she has satisfied few.

Brexit supporters in May's Conservative Party, which has been riven by a schism over Europe for three decades, said she had surrendered to the EU and that they would vote down the deal.

The Northern Irish Democratic Unionist Party (DUP) which props up May's government, said it would not back any deal that treated the British province differently from the rest of the United Kingdom.

Before May's statement, the BBC's political editor said anger among Brexit-supporting Conservative lawmakers in her party was so high that it was likely they would call on Thursday for a vote of no confidence in her leadership of the party.